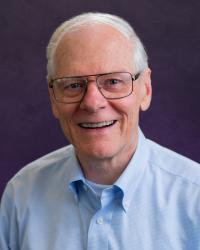 This page is preserved in memorium of the late William Rorabaugh, who was a beloved member of the History faculty for many years.

First drawn to the study of history as an undergraduate at Stanford, I crossed the Bay and received my Ph.D. in American History at U.C. Berkeley. The first phase of my career focused on the social upheavals of the Early American Republic, circa 1790-1840. My first book, The Alcoholic Republic: An American Tradition (Oxford, 1979), explored the national drinking binge that peaked in the 1820s and that provoked the Temperance Movement. At the time, Americans drank about three times as much per capita as today. My second book, The Craft Apprentice: From Franklin to the Machine Age (Oxford, 1986), looked at the decline in the institution of apprenticeship amid rising egalitarian ideology and the impact of the Market Revolution's massive economic changes. I continue to be interested in this time period.

The radical changes of the antebellum years somewhat resembled the chaos of the 1960s, another period of massive social change. My third book, Berkeley at War: The 1960s (Oxford, 1989), examined student restlessness (Free Speech Movement), white radicalism (Vietnam Day Committee, Students for a Democratic Society, etc.), black radicalism (Black Panthers), and the counterculture, as well as the connections across the boundaries of these various movements, in an atypical college town that proved to be one important crucible for the Sixties. My focus was on archival research - not my autobiography - and on teasing out the myriad strands of radical thought and practice that permeated those years.

While I have retained a fondness for the Early Republic, most of my research and a good bit of my teaching in recent years have been focused on the 1960s. My fourth book, Kennedy and the Promise of the Sixties (Cambridge, 2002), looked at the brief sunny moment during the early 1960s when many Americans believed that anything was possible. Convinced that social historians needed to become better versed in political history, I published The Real Making of the President: Kennedy, Nixon, and the 1960 Election (Kansas, 2009), a short revisionist account that corrects Teddy White's badly dated classic.

My current project is a book-length study of the 1960s counterculture. For several years I have taught undergraduate senior seminars on the topic. At the same time, I remain interested in the Early Republic, especially social movements; in the US in the 1960s in a larger sense; and in alcohol and drug policy after the repeal of Prohibition in 1933.