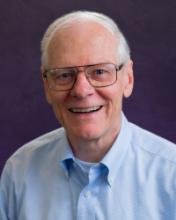 This prize commemorates the life of the late William (“Bill”) Rorabaugh (1945-2020), a pioneer in the social history of alcohol and a former president and tireless supporter of the Society. After earning his Ph.D. in history from Stanford University, Bill went on to publish The Alcoholic Republic: An American Tradition (Oxford University Press, 1979)–a work so far ahead of its time that it is still used in college-level history courses today. As a member of the history department faculty at UW for over four decades, Bill made his mark on the field of U.S. history with seven monographs, numerous journal articles, and a textbook. He remained active in the alcohol and drugs history field through enthusiastic participation in the ADHS leadership and conferences, devoted mentorship of junior scholars, and his most recent work, Prohibition: A Concise History (Oxford University Press, 2018). Bill passed away on March 19, 2020.

The Rorabaugh Prize will be awarded annually to the author(s) of a first or second monograph in the English language in the history of alcohol and drug studies. Prizewinning books will exhibit the high standards of scholarship, superior quality, and distinguished contribution to the field that exemplified the work of Bill Rorabaugh. The inaugural prize will be awarded in conjunction with the next conference of the ADHS, currently scheduled for Summer 2022 in Mexico City.