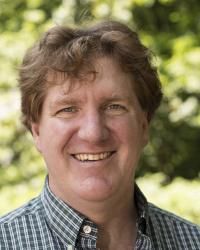 As a historian of Late Antiquity, my interests range widely across western Eurasia from prehistory to the Mongol Empire.  All of my courses combine texts, art and archaeology in order to bring the past to life and reveal the cultural fabric of now distant societies. In addition to my 100-level survey of the Ancient World, my course rotation includes smaller lecture courses on Ancient Iran, the World of Late Antiquity, and the Mongols, as well as seminars on Jerusalem (“From King David to the Dome of the Rock”) and animal-human relations in world history ("the cow course"). I enjoy teaching students at all levels.

My research focuses on the history of the late ancient Middle East, especially the Sasanian Empire (224-651) and its Christian communities. My first book, The Legend of Mar Qardagh: Narrative and Christian Heroism in Late Antique Iraq (University of CA Press, 2006), sought to elucidate Sasanian Christian culture and its dialogue with the social, political, and intellectual traditions of Iran, Syria, and the Greco-Roman world. Subsequent articles have examined East Syrian hagiography, book culture, shrine topography, and the general history of the Church of the East from its formation to the Mongol era.

My current book project explores the history of PEARLS in the arts, imagination, and economy of the Ancient and Late Antique World. Several pieces from this project are now in print or in press. I am also working on a study of animal-human relations from the Paleolithic to the late Roman period, tentatively entitled “Bull of Heaven and Earth: A History of Cattle in the Ancient World.”

My graduate teaching has been eclectic, spanning the fields of Roman history, early Christianity, Late Antiquity, and Islamic studies. Former students include graduates of the Comparative Religion Program, the Department of Classics, the Department of Near Eastern Languages and Civilization, the Jackson School’s Middle East Center, and the Graduate School’s Interdisciplinary Ph.D. Program in Near and Middle Eastern Studies.

A field in Late Antiquity will encompass the history of the Mediterranean and the Near East, 200-750CE, combining a broad general knowledge of the period, with intensive study of at least one region (e.g., North Africa, Syria-Palestine) and two themes chosen to complement student research interests (e.g., hagiography and asceticism, cities, death, burial, and conceptions of the afterlife). Students preparing a field in the History of the Byzantine Empire, 610-1453 CE, may focus on social and cultural history, and the relationship between Byzantine Empire and its neighboring states. In most cases, students will want to include course work in Byzantine art history as part of their preparation for this field. A field in the history of Christianity in the Near East is also possible, covering the period from 500 CE to the present, combining a broad knowledge of the various Christian traditions of the region, with an intensive study of any one tradition (e.g., the Armenian, Coptic, Ethiopic, East or West Syrian Christian traditions), focused on the pre-modern period.

Students may prepare a field in the Islamic Middle East, encompassing the history of the Sasanian and early Islamic Near East, 500-900 CE, combining a broad general knowledge of the period, with intensive study of at least one region (e.g., Egypt, Iraq, Iran), and two overarching themes chosen to complement student research interests.

Students preparing a field in Historiography will explore the themes, methods, and theory of hist TAUGHTorical writing in late antiquity. Students will acquire a broad general knowledge of the range of historical writing in late antiquity (200-900 CE): from the classical Greco-Roman tradition represented by writers like Ammianus Marcellinus and Procopius; to the Christian history and chronicle tradition begun by Eusebius of Caesarea; to al-Tabari and the origins of Islamic historiography. Fields in Comparative Gender will encompass the history of gender in early Christianity, from the New Testament to late antiquity (20-600 CE). Students will acquire a broad command of early Christian debates about gender (especially the role of women in the church). Topics examined in the field include sexual renunciation, asceticism, and the legal and social role sof women in the Roman Empire and the early Church.