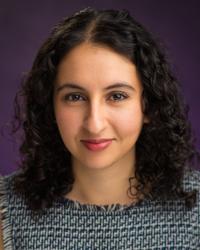 I am a historian of the modern Middle East. I am also an adjunct faculty member in the Department of Near Eastern Languages and Civilization and an affiliate of the Jackson School's Middle East Center. In my research and teaching, I focus on the politics, society and economy of twentieth-century Iraq and the broader Persian Gulf region, as well as Middle Eastern urban history. In addition to specialized courses on these topics, I offer general introductory courses on the modern Middle East, including a survey of the Middle East since the nineteenth century. My teaching has been recognized with several awards, including the UW's Distinguished Teaching Award.

My first book, City of Black Gold: Oil, Ethnicity, and the Making of Modern Kirkuk (Stanford University Press, 2019), explores how oil and urbanization made ethnicity into a political practice in Kirkuk, a multilingual city that was the original hub of Iraq's oil industry. I find that, over the course of the twentieth century, Kirkuk transformed from a provincial town into a prominent symbol of urban modernity, developing a distinct civic identity. However, the city became segregated and polarized through British colonialism, urban development schemes, the expansion of the oil industry, and Baghdad's systematic attempts to integrate Kirkuk into an Arabized Iraq. Today, claims to Kirkuk's identity, as in so many disputed cities, have become reduced to a zero-sum game between ethnicized communities—a phenomenon that, far from being predictable or inevitable, requires a historical perspective to be fully understood.

My research has been funded by, among others, the American Historical Association, the UW Royalty Research Fund, and the Institute of Historical Research, University of London. I have published articles in the Journal of Urban History and Comparative Studies of South Asia, Africa and the Middle East. I am on the board of the Academic Research Institute in Iraq.

Up-to-date information on my research and publications, as well as links to my work, may be found on my Academia.edu profile.

Modern Middle East: In this field, students will aim to develop general proficiency in the political, social, and economic history of the Middle East—currently conceived as the Arab World, Turkey, and Iran, and more broadly conceived as Southwest Asia and North Africa—from the 19th century to the present. This field will focus on the following topics: nation building, state formation, and associated political discourses; Western colonialism, neocolonialism, and neoimperialism in the Middle East and North Africa; the decline and fall of the Ottoman Empire; the formation and influence of key ideologies such as Arab nationalism, Sunni and Shiite Islamisms, and Zionism; wars, diplomacy, and refugee crises; and coups and revolutions. Students are expected to demonstrate familiarity with historiographical trends in the study of the modern Middle East in addition to an understanding of historical events and themes.

Comparative Colonialisms in the Modern Middle East: In this field, students will examine the various forms that colonialism and imperialism have taken in the Middle East (Southwest Asia and North Africa) since the 19th century in comparative perspective. Topics to be covered include: the growth and decline of American, British, French, and Portuguese imperial enterprises in the Middle East; the League of Nations and the mandate system; British protectorates in the Persian Gulf region; empires centered in the Middle East region, such as the Ottoman Empire and Oman; settlements and expulsions; and the development and decline of monarchies.