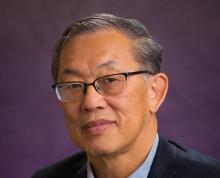 Spring is the time we look back at all our faculty, staff, and students have accomplished in the previous six months and think about all we have to do to finish up the academic year and prepare for the new academic season.

One high point to date was our annual History Lecture Series (HLS), Speaking Truth to Power: Protest and Dissent in Modern History, held in late January and early February 2018. As a first-timer—my presentation traced the development of Mahatma Gandhi’s ideas and practice of nonviolent protest—I very much enjoyed working with my colleagues, Professors Laurie Marhoefer, Arbella Bet-Shlimon, and Josh Reid, who were the other three speakers (see “Reflecting Communally”) discussing past instances of protest and dissent. As always, this year’s HLS presentations also attracted large audiences of several hundred people, mostly from the wider community. What a treat to have this phenomenal opportunity year after year to share our expertise with the public.

We expect the 2019 HLS to be equally stimulating and inviting. It will most likely focus on gender and history, as narrated through the lives of individuals and social movements. Details to follow in the next newsletter.

We also have exciting news about promotions. Two of our assistant professors, Laurie Marhoefer (Weimar and Nazi Germany) and Matthew Mosca (late Imperial China), have been awarded tenure and promotion to associate professor. And three of our associate professors, Moon-Ho Jung (Asian American and U.S. empire and colonialism), Linda Nash (twentieth-century U.S. and environmental history), and Phillip Thurtle (history and philosophy of technology and science), have been approved for promotion to full professor. Congratulations to all five of them!

Word is also beginning to dribble in about the honors and accolades conferred on our graduate and undergraduate students. Some of that information is mentioned below; we will have a lot more to report in the summer edition.

Finally, let me touch on a couple of retirements that will greatly impoverish our department. Hwasook Nam, our Korean historian, intends to step down at the end of this academic year. She has been an exemplary scholar—an expert on the labor, gender, and intellectual history of late twentieth-century Korea—and an exceptional teacher and colleague. She is, moreover, an alum, having received her PhD from UW working with the late Professor James B. Palais.

Last but never least, we are also about to lose Jeri Park, the office lead in the main history office, who plans to spend more time on her bicycle and boat, and around the house instead of Smith Hall. Never was a retirement more well deserved—she has been the heart and soul of the department, someone who got things done and always with good cheer. We know she’s irreplaceable!