Undergraduates: Parse Fact from Fiction in History Courses this Winter 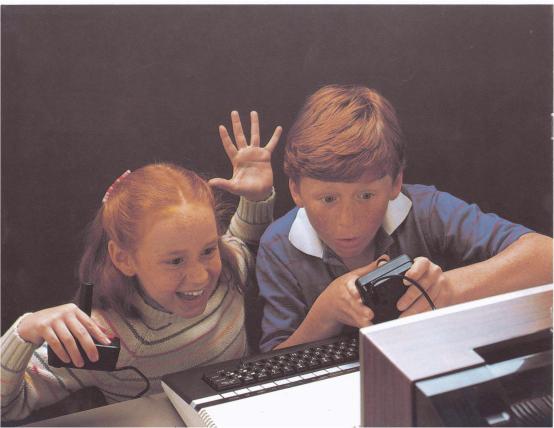 Learn how Atari and the tech industry fit into the history of US politics in HSTAA 345: US Political and Economic History, 1920-Present.

History courses aim to sharpen students’ critical thinking abilities, teach the differences between types of sources and how to analyze their contexts and meaning, and practice argumentative writing. Students can choose from more than thirty course offerings in history for winter quarter this year. The following courses cover a variety of centuries and places around the world but they all provide students with methods and skills to distinguish fact from invention in sources across history.

Find more information on these classes and the many other topics on offer by checking out the upcoming course list and UW time schedule.

Professor Susan A. Glenn’s interdisciplinary discussion-based course will examine some key episodes and ideological formations in the history of American white supremacy, antisemitism, and xenophobia from the 1920s to the present.

The class will discuss works by historians, political scientists, sociologists, journalists, and political philosophers. Readings will focus the legacy of racial terror, the Ku Klux Klan as a political force in the 1920s, the formation of homegrown pro-Hitler groups like the Christian Front and the Silver Shirts in the 1930s, the growth of neo-Nazi groups in the aftermath of World War II, the formation of organized right-wing “white power” paramilitary militias since the 1960s, and more recent expressions of reactionary white nationalism as well as “Alt-Right” media politics.

HSTAA 345 is a course that explains how we got to now.

Professor O’Mara’s new book, The Code: Silicon Valley and the Remaking of America (Penguin Press, 2019), tackles the people and profits behind Silicon Valley’s success as a tech industry center in the latter half of the twentieth century.

When the Middle East appear in the news, diplomats, mediators, and journalists often cast its contentious politics as inevitable—an inherent characteristic of the region. Instead, Professor Arbella Bet-Shlimon wants to show students how economic and social history produced the Middle East’s politics today.

HSTAFM 163 provides an introduction to the politics, society, and culture of the Middle East since the nineteenth century. Students will develop an understanding of imperial power and anti-imperialism, ethnicity and sectarianism, religious and secular sociopolitical movements, authoritarianism, and the transformations wrought by modernity and economic development.

Professor Bet-Shlimon won a UW Distinguished Teaching Award in 2017 and recently published a book on the history of the petroleum industry in Kirkuk, Iraq, and its relationship to the city’s diverse communities in the twentieth century, City of Black Gold: Oil, Ethnicity, and the Making of Modern Kirkuk (Stanford University Press, 2019).

HSTEU 234 Nazi Germany and the Holocaust

The study and teaching of the Holocaust as an academic topic has followed an unusual trajectory. The history of the Holocaust was marginal to the study of European and Modern History in the first 30 years after the event. Then, beginning in the late 1970s, a surge of interest and rise in Holocaust “consciousness” led to a vast expansion of scholarship and a proliferation of university courses on the topic that has not yet subsided.

This course, from visiting instructor Christopher Browning, will examine both the long historical background of the Holocaust (two thousand years of strained Christian-Jewish relations), the intermediate background events of the preceding century (the modernization of Europe in the form of industrialization and liberalization), and finally the immediate background of the German crisis and rise of Nazism. Students will trace the evolution of Nazi policy to the Final Solution, the mobilization of collaborators throughout Europe, the Jewish response to an unprecedented form of persecution, and various attempts of resistance and rescue until the defeat of the Nazi regime in 1945.

Many are the intersections between film and history. A new class from Professor Anand Yang, HSTAS 317A/JSIS A 317A, “History by Bollywood” explores how Bollywood—mainstream or popular Hindi cinema produced in Bombay (now Mumbai)—represents the British colonial past of South Asia in some of its blockbuster hits. The class looks at these films not to trace the history of popular cinema but to understand the historical storytelling they engage in and the ‘archives’ they constitute of particular moments in the history of post-independent India. In other words, what visions of the colonial past have Bollywood films imagined and restaged and why, and to what extent are their fabrications shaped by history.

Films interpret and reflect history but are also made to influence history. Students will view a selection of well-known Bollywood films from different eras in conjunction with reading primary and secondary source writings about the workings of colonial rule in India and major episodes in that history between 1757 and 1947.

Any mention of the Drug War or the Drug Trade immediately conjure images of unrestrained violence, corruption, and criminality in Latin America, reproducing enduring stereotypes about them as inherently chaotic and self-destructive. This course takes on a historical reading of the local, regional, and global politics and economic dynamics that render certain mood-altering substances as legal while others are subjected to serious state surveillance or are outright criminalized at different moments in time. Simultaneously, the class pays close attention to the racialized, classed, and gender logics that infuse meaning into these processes. The course will explore the forces of production, market, transportation, investment, and consumption that have turned these substances into profitable commodities. Together, students will uncover how these so-called informal economies are in fact, well entrenched within longstanding, powerful institutions such as political parties, elected officials, militaries, police, corporations, and banking organizations, all with extensive transnational links.

HSTLAC 490 asks: Who ultimately benefits from and who are bearing the cost of this apparent mayhem?

The drug war indeed has unleashed terror and death. It has led to dispossession, migration, and family disintegration, shaping everyday life in fundamental ways. For others, it has afforded upward mobility, authority, and consumption power. Students in the course will have the opportunity to explore forms of cultural expression that register these transformations and its effects (i.e. fear, disorientation, frustration) as well as has contributed to the production of new ethics and aspirations.