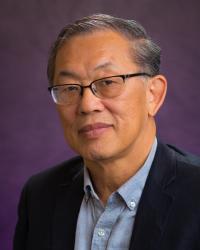 I began my career specializing in South Asian History, specifically relating to colonial India. In recent years, my interests have increasingly become more comparative and global, comparisons and connections involving India, China, and other world regions. I have a joint appointment in the Henry M. Jackson School of International Studies, a unit of which I was the director between 2002 and 2010.

My early scholarship dealt with peasants and agrarian societies under British colonial rule. One outcome of that work, based on archival research and fieldwork conducted in the north Indian state of Bihar, was a book on The Limited Raj: Agrarian Relations in Colonial India (UC Press, 1989). From the outset, I also sought to pursue social history through the study of law and criminality, my initial foray into that realm concentrating on the ways in which colonial states deployed legal and criminal justice systems to criminalize certain social groups. My edited volume on Crime and Criminality in British India (Arizona, 1985) grew out of those concerns.

My 1999 book on Bazaar India: Markets, Society, and the Colonial State in Bihar (UC Press, 1999) situates subaltern history in the world of commerce and culture. It highlights the economic, social, and cultural transactions that ordinary men and women engaged in to negotiate the market economy of colonial India. By then, I was also taken with world history, concerns that resulted in an edited volume (with Jerry Bentley and Renate Bridenthal) on Interactions: Transregional Perspectives on World History (Honolulu, 2005).  My essays have appeared in a number of edited volumes and in journals ranging from Comparative Studies in Society and History and Journal of Women's History to the Journal of Asian Studies and Modern Asian Studies.  And currently I edit a Perspectives on the Global Past series with the University of Hawaii Press and co-edit with Bonnie Smith a multi-volume New Oxford World History series published by Oxford University Press.

I have recently completed two books.  The first is a study entitled Empire of Convicts (UC Press, 2021) that narrates the laboring stories of Indians who were banished to penal colonies in Southeast Asia for their criminal and/or political activities. The second is an annotated translation (with Kamal and Ranjana Sheel) of Thirteen Months in China (OUP, 2017), a remarkable book written in Hindi by an Indian subaltern who helped suppress the Boxer Uprising in China in 1900-1901. My next two book projects are on the north Indian labor diaspora across the Indian and Pacific Oceans, and the Caribbean; and a memoir-cum-history of New Delhi in the early 1960s.

I teach South Asian and World History classes at the undergraduate and graduate levels in History and policy related classes in the Jackson School, most recently a Task Force class on global poverty and another on U.S. foreign policy in Asia. I also continue to be professionally active in the wider community, in the Puget Sound area as well as nationally and internationally, through participation in public events and service on various boards and committees, including of the American Historical Association, Association for Asian Studies, and the World History Association.

Required course work for a first field in Modern South Asia includes completing HSTAS 503 and 504 as well as two supervised directed readings in coordination with the HSTRY 596-7 paper.

For those selecting Modern South Asia as a second field, HSTAS 503 and 504 are required. Depending on the previous preparation of the applicant, an additional directed reading may also be recommended.

For those selecting Modern South Asia as a third or fourth field, HSTAS 503 or 504 are recommended. Depending on research and training needs, a directed reading (HSTRY 600) may be substituted for one of these classes.

Proficiency in one South Asian language is required for students who wish to pursue a primary specialization in this field.