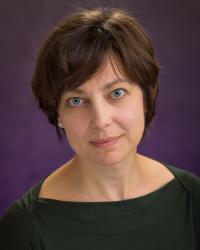 My teaching and research interests focus on the history of empire, nationalism, and religion in late tsarist Russia.

At the University of Washington, I teach undergraduate courses on the History of Imperial Russia from 1700 to 1917, the History of St. Petersburg/Leningrad from 1703 to the present, Russian History through Biography,  Empire and Nationalism in Tsarist Russia, Arctic Histories, and History and Memory. I offer graduate seminars on the historiography and primary sources of imperial Russia, and on Empire and Nationalism in Russian history.

My first book - The Muslim Question and Russian Imperial Governance (Indiana University press, 2015) - examines how imperial Russia dealt with its Muslim subjects in the late 19th and early 20th century as growing nationalism was transforming the empire's relationship with its many different ethnic and religious communities. I use what was historically known as the "Muslim Question," ? in Russian, "Musul'manskii vopros" ? as a prism through which to explore Russia's complex imperial relations and changing political culture in late 19th and early 20th centuries.

My next book project takes the study of the Russian imperial experience into a new direction. By linking histories of politics, economics, environment, science, and culture, my project seeks to explore the creation of the modern Russian North during the late imperial period.

A graduate field will include a variety of topics in Russian history from the 18th to the early 20th centuries. The content of the field and the specific focus of graduate study will be determined through consultation with the professor.

Students will be expected to read major works in Imperial Russian history and be familiar with the current state of the field. Students who are choosing Russian history as their primary area of study must acquire a reading knowledge of Russian and any other language relevant to their research.