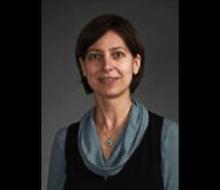 History Professor Elena Campbell has been awarded a research scholarship for June-August 2014 from the Gerda Henkel Stiftung to support the beginning phase of her research for a new book project tentatively titled: Creating the North: Modernization, Empire, and Environment in Late Imperial-Early Soviet Russia. During the summer, she will be conducting archival research in St. Petersburg and Arkhangel'sk.

Professor Campbell's teaching and research interests focus on the history of empire, nationalism, and religion in late tsarist Russia.