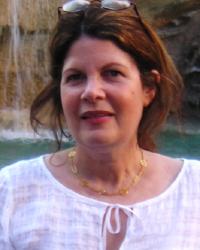 My scholarship and teaching have focused on twentieth century U.S. cultural, intellectual, and social history. I have been particularly interested in the foundations and transformations of group identities. How do groups define themselves and how are they defined by others? How and why do those understandings and representations change over time and what have been the social, cultural, intellectual, and institutional sources of those transformations?  My first book, Daughters of the Shtetl: Life and Labor in the Immigrant Generation (Cornell University Press, 1990), which won the American Historical Association's Joan Kelly Memorial Prize for the best book in gender and women’s history, was an early model of transatlantic history that examined the social, cultural, and political upheavals that led to the mass migration of Eastern European Jews to the United States between 1880 and 1920, the impact of the Jewish immigrant generation on the American scene, and the significance of gender, ethnicity, work, and unionism in the emerging identities of Eastern European Jewish immigrant women who labored in the early twentieth century garment industry.

My second book, Female Spectacle: The Theatrical Roots of Modern Feminism (Harvard University Press, 2000), analyzed the significance of late nineteenth and early twentieth century popular theater as a critical site of women's enlarging cultural and social authority. I argue that the bold New Women of the popular theater demonstrated and encouraged new ways of acting female and became iconic progenitors of an emerging feminist consciousness.

More recently, I have focused my attention, both in research and teaching, on the period from the 1930s to the 1950s. My research has moved in two related directions. The first is an exploration of American responses to the rise of fascism in the 1930s and the impact of World War II and the Holocaust on American life. The second is an examination of the complex and contradictory practices of Jewish self-representation over the course of the twentieth century.   I historicize these debates by placing competing discourses of Jewish identity in the context of larger national and international developments from the 1920s to the present.  My co-edited volume of cross-disciplinary essays, Boundaries of Jewish Identity (University of Washington Press, 2010), explores past and present struggles to define Jewish identity in the U.S., Europe, and Israel. I am currently working on a study of religious conflicts over child adoption in the aftermath of World War II.

My research has been supported by fellowships from the National Endowment for the Humanities, the American Council of Learned Societies, the Royalty Research Fund, and the Simpson Center for the Humanities. I have twice been appointed as Distinguished Lecturer by the Organization of Historians and served a three-year term as the Howard and Frances Keller Endowed Professor in the Department of History at the UW.  I have also served on the Academic Council of the American Jewish Historical Society and the Advisory Council of the Jewish Women's Archive.

Students may emphasize the cultural and/or social history of the U.S. in the long twentieth century (since the l870s). Topics of study include immigration and ethnic group life, social and political movements, women and gender, race relations, expressive and popular culture.

A field in comparative gender with Professor Glenn will emphasize the history and historiography of gender and women's history. Areas of study include the relationship between gender and race, ethnicity, nationalism, class, and social movements as well as the significance of gender ideology in the production and consumption of expressive and popular culture. Comparisons will focus on the U.S. and another geographic area (in conjunction with another faculty member).

Students may also work with Professor Glenn on a sub-field of Comparative Ethnicity and Nationalism with a focus on Jewish history/identity/ethnicity; Jews, Blacks, and the racial imaginary in the American and European contexts.