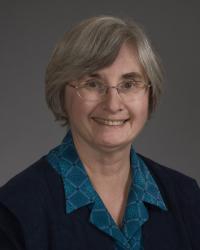 I began to study Chinese language and history as an undergraduate in the late 1960s, in the era when Americans could not go to China. It was not until several years after I got my Ph.D. that I visited China for the first time. It has been amazing to watch the changes that have occurred in China since my first visits in 1978 and 1980. There can be few transformations in history that have occurred so rapidly. Perhaps as a result, my interest in China and its history has never flagged.

In the forty years since I started working on my dissertation, I have shifted from one set of questions to another several times. I started out thinking of myself as a social historian; I wanted to see if I could do research not just on the most famous intellectuals or political figures, but the broader elite stratum, at least. I began studying the early imperial period, the Han through Tang dynasties, but by about 1980 was moving into the Song period. At that point I was also shifting to family history, including issues of property and ritual. By 1990 I was also turning toward women's history. In the 1980s and early 1990s I was particularly attracted to the work of anthropologists and tried to find ways to pursue the questions they asked from the primary sources available for Song China. In the mid 1990s my interest turned toward the visual side of culture. By the end of the 1990s I was focusing on the Song emperor Huizong (r. 1100-1125), who was himself an artist, patron of artists, and art collector on a large scale.

Besides studies aimed at other scholars of Chinese history, I have regularly tried to write for broader audiences, especially university students. My first effort was to compile a sourcebook of translations of Chinese texts that I thought would make lively reading in Chinese history classes. Later I was asked to write a history of China for the general public, which, while not originally intended for classroom use, is now quite commonly used in survey courses. That led to an invitation to join a team writing a world history textbook, and after that to develop a new history of East Asia. Although I have not lost my love of nitty-gritty research in original sources, I enjoy knowing that a lot of students are reading things I have written.

What will I work on next? With my biography of Huizong now in press, I am ready to move on to something different. My current thought is to pose the question of why China has been the largest country in the world for much of its history and try to answer it by looking at the Sui-Tang-Song period.

In terms of training graduate students, I can offer the most help on the Tang-Song period, but am open to a wide range of questions and approaches.

A list of publications is available on my homepage, as are many syllabi.

Graduate students preparing a field in Early Imperial China are expected to gain a broad familiarity with the history of the period sufficient to prepare them to teach undergraduate survey courses covering Chinese history from its beginnings through the Song dynasty (that is, to 1279 CE). In addition, they should acquire more detailed knowledge of a specific time period (such as a dynasty) and a specific type of history (such as social, cultural, intellectual, political, economic, or gender). Emphasis is placed on command of the English language literature on the subject, and students should submit a list of 75-100 books and articles that they will have read.

Students preparing early Chinese history as a secondary field need not have Chinese language competence and can select any time period and specialty. Students wishing to do their dissertations in this field must have strong Chinese language skills and are encouraged to work in the Tang or Song periods.