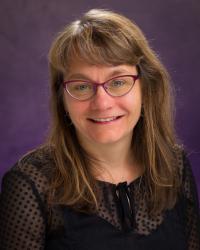 I am a historian of politics and gender in East and Southern Africa. As a student, I was drawn to the discipline of history by a desire to gain knowledge of the past in order to better understand the problems and possibilities of the present. I teach courses on African history since 1880, the global history of AIDS, comparative colonialism, and comparative gender. In addition to being in the Department of History, I am an Adjunct Professor in the Gender, Women & Sexuality Studies Department, and in the Anthropology Department, and an active member of the African Studies Program.

My first book, Politics of the Womb: Women, Reproduction, and the State in Kenya (University of California Press, 2003), examines how and why female circumcision, abortion, childbirth, and premarital pregnancy became the subject of intense debate and intervention in colonial and, after 1963, postcolonial Kenya. Through these controversies, girls and young women reworked their relations with men and senior women, and contested state power. After Politics of the Womb, my research focus shifted from the study of dyadic relations between a colony and its European colonial power to considering multi-directional relations between colonies, nations, and empires. In two co-edited volumes, The Modern Girl Around the World: Consumption, Modernity, and Globalization (Duke University, 2008) and Love in Africa (University of Chicago, 2009), I explored the emergence of capitalist consumer culture, mass media, and new conceptions of gender, race, and intimacy in Africa and beyond.

My latest book Beneath the Surface (Duke and Wits University, 2020) is a transnational history of skin lighteners centered in South Africa that extends into the broader Southern African region, East Africa, and the United States. In teasing out skin lighteners' layered history, I consider the body's surface as a site for antiracist struggle and lighteners as a technology of visibility that both challenges and entrenches racial and gender hierarchies.

Currently, my research interests include transnational reproductive politics and the politics of natural resource control. With UW colleague Danny Hoffman, I am making a short film about Big Leaf Maple trees in the Pacific Northwest and the social worlds that surround them.

My research has been supported by the Watson Foundation, Social Science Research Council, U.S. Department of Education (Fulbright), Woodrow Wilson Foundation, National Endowment for the Humanities, and the American Council of Learned Societies. I have served as Chair of the Department of History (2012-15), a co-editor of the Journal of African History (2010-14), and Interim Executive Director of the UW School of Drama (2018-20).

Examines methodological and conceptual issues in the study of sub-Saharan Africa since 1500 focusing on pre-colonial political and social institutions, slavery and the slave trade, European colonialism, anti-colonial resistance and nationalist politics, and postcolonial challenges. Emphasis on exploring the usefulness of gender, sexuality, race, ethnicity, and class as analytical categories in African history.

The field in Comparative Gender explores historical scholarship on gender, focusing on 19th- and 20th-century Africa and another period and place of the student's choice, by examining the emergence of women's history; the relationship between Marxism, feminism, and poststructuralism; the framing of gender as a social and symbolic construct; and the analytical intersections between gender, race, sexuality, and class. The field in Comparative Colonialisms approaches European colonialism in Africa and Asia during the 19th and 20th centuries by examining scholarship on the relationship between capitalism and colonialism, violence and the routinization of colonial power, colonial categories of race, ethnicity, class, sexuality, and gender, and resistance movements and nationalist politics.