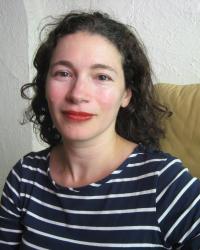 I am a scholar of modern Britain and empire who has been dedicated to exploring the global dimensions of British studies and participating in scholarly and public conversations about Britain’s shifting status in the world. My research interests include decolonization, comparative colonialisms, legal history, urban identity, gender history, and the history of material culture. In addition to my full-time appointment in History, I also serve as an affiliate or adjunct faculty member in African Studies, the Center for West European Studies, the Department of Gender, Women and Sexuality Studies, Museology, the Program on the Built Environment, and South Asian Studies.

My first book, The Culture of Property (Chicago, 2004), considered the legal and philosophical evolution of cultural property in Britain and its former empire. My next book, The Afterlife of Empire (Berkeley, 2012), explored how decolonization transformed British society and the welfare state in the 1950s and 1960s. I argued that the collapse of empire was not just a military or diplomatic process, but also a deeply personal one, restructuring daily routines, individual relationships, and social interactions. This book won the Morris D. Forkosch Prize from the American Historical Association, the Stansky Book Prize from the North American Conference on British Studies, and the Biennial Book Prize from the Pacific Coast Conference on British Studies.

My new book is Unsettled: Refugee Camps and the Making of Multicultural Britain (Oxford, 2018). During the 20th century, dozens of refugee camps in Britain housed hundreds of thousands of Belgians, Basques, Jew, Poles, Hungarians, Anglo-Egyptians, Ugandan Asians, and Vietnamese. But “refugee camps” in Britain were never only for refugees. Refugees shared space with Britons who had been displaced by war and poverty. These camps generated unique intimacies and frictions, illuminating the closeness of individuals that have traditionally been kept separate – “citizens” and “migrants,” but also refugees from diverse countries and conflicts. As the world’s refugee crisis once again brings to Europe the challenges of mass encampment, Unsettled offers warnings from a liberal democracy’s recent past. Some of my short essays exploring the connection between the contemporary global refugee crisis and Britain's history are available under "Related Links." I am researching a new project on friendship and loneliness in Britain, more broadly about emotion and the welfare state.

As a scholar and a teacher, I have approached the study of Europe through transnational circuits of culture and politics that extend from London to Lagos. I have published articles on archives and decolonization, tattooing in British Burma, pigment and paint in British India, interracial murder in South Asia, and radio in decolonizing Africa. My courses speak to my interests in the rise and collapse of empires, and the sources that historians use to interpret these phenomena.  I have served as Director of Graduate Studies, and on the Editorial Board of the Journal of British Studies; I am currently on the Board of Editors of the American Historical Review. My work has been supported by the National Endowment for the Humanities, among other agencies.

Students may work with Professor Bailkin in modern British history. A field in British history would include the social, political, and cultural history of Britain (including Ireland) and Empire from the eighteenth century to the present. Students will develop subfields on major historiographical questions such as the development of the welfare state, race and immigration, urban identity, gender and the family, "four nations" approaches to British history, and the impact of decolonization on the metropole.

For those selecting modern Britain as a second field, HSTRY 590 is required, plus one supervised directed reading.

For those selecting modern Britain as a third or fourth field, HSTRY 590 is recommended. Depending on research and training needs, a directed reading may be substituted.

Students pursuing a field in Comparative Colonialisms will examine a variety of colonial histories: typically, British, French, Spanish, Dutch, German, and American. We will consider the relationship between "white" and "non-white" colonies as part of the larger racial politics of colonialism. Although the emphasis is usually on European colonial histories, I have worked with a number of students who are interested in U.S. imperialism, and can tailor the field accordingly.

Students who are selecting Comparative Colonialisms as a second field are required to take HSTRY 590 when available, plus one supervised directed reading.

Students who are taking Comparative Colonialisms as a third or fourth field are strongly encouraged to take HSTRY 590, and required to undertake one supervised directed reading.

Refugees, Citizens, and Camps: A Very British History
How refugees in Britain went from living in old bunkers and stately homes to being detained in cells
Defining the Refugee Child: A History
Britain's Refugee Camps