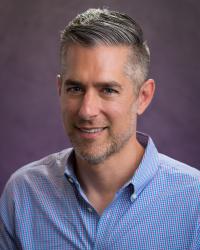 I am a historian of Latin America and a specialist in Peru and the Andes. My research focuses on the history of medicine and the history of scientific experimentation in both the late colonial period and the national period. I am particularly interested in how medicine and science have been used to explain social inequalities and frame early modern and modern projects of population reform and "improvement" in the Andes. I explore these topics in my books and other publications on medical practices and beliefs in the Andean Region.

My first book, Medicine and Politics in Colonial Peru: Population Growth and the Bourbon Reforms (Pittsburgh, 2010) examines the introduction of medical reforms as an instrument of colonial power designed to increase population size and labor productivity in eighteenth and nineteenth-century Peru. I show that by appropriating and critiquing the political rhetoric of the Spanish Crown, local doctors and officials in Lima developed a medical reform movement that they self-consciously claimed as their own, but that also engaged the broader goals of the state and sought to reverse a perceived "population crisis." In part to position themselves as patriotic colonial subjects (at a time when their loyalty was doubted), creole (American-born Spanish) physicians, in particular, developed and introduced a variety of measures focused on preventing disease transmission, rehabilitating the weak, and curing the sick. By examining these efforts case by case, I show that such physicians' work was rooted not only in debates with fellow practitioners and trans-Atlantic correspondence with the Crown, but also in local tensions of elite and popular political culture and religiosity. My analysis thus demonstrates the degree to which colonial subjects of all types engaged the language of reform to debate the refashioning of society.

In addition to my first book, I am the author of journal articles and book chapters on the intersection of Spanish, Indigenous, and African healing practices in the Andes. More recently, I have undertaken two projects. First, I am researching the history of racial scientific research involving highland Indigenous peoples in Peru from the late nineteenth century to the first half of the twentieth century. As part of this project, which engages scholarship in Indigenous Studies, I am co-editing with Julia Rodríguez (UNH) and Stephen Casper (Clarkson) a volume on encounters, affect, and forms of relationality in the history of human sciences research. Secondly, I received an ACLS Collaborative Research Fellowship with Martha Few (Penn State) and Zeb Tortorici (NYU) for a project on the postmortem cesarean operation's use for the purposes of fetal baptism in the Iberian World. We recently published Baptism Through Incision: The Postmortem Cesarean Operation in the Spanish Empire (Penn State, 2020), a volume of translated eighteenth and nineteenth-century texts on this subject with a critical introduction. It is the first of two books we will complete as part of the fellowship.

Students wishing to work on the Latin America field with Professor Warren may focus on any countries in the region and any time periods, although they are particularly encouraged to consider working on mainland Spanish America during the colonial and early postcolonial periods. Special emphasis will be placed on examining and understanding the historiography produced in Latin America itself, and students will be expected to articulate how such literatures differ from the anglophone historiography. With that in mind, reading knowledge of Spanish or Portuguese is encouraged, but not required.

The field in Comparative Colonialisms examines scholarship on Spanish and Portuguese colonialism in Latin America. While students may read on a wide range of topics of their choosing, special emphasis will be placed on exploring how the relations between colony and metropolis, the structure and practice of colonial power in the colonies themselves, and the forms of popular political culture prevalent in the colonies changed during the early, mid, and late colonial periods. Topics to be covered may include the broader colonial economic system, peasant and slave labor systems, the invention of the ~SIndian~T and other colonial identities, religious conversion as a tool of colonialism, indigenous and African religious practices, and popular resistance movements. By reading general theoretical literature on colonialism we will also examine the question how does one relate Spanish and Portuguese colonialism in Latin America to later forms of colonial rule elsewhere in the world.

The field in Comparative Ethnicity and Nationalism examines nation-building processes and the politics of race and ethnicity in Latin America, focusing primarily on the Andean region and Mexico since 1821 while also drawing on literature about Brazil for comparative purposes. Topics may include peasant and Indian nationalism, questions of citizenship and liberal equality for Indians versus the maintenance of colonial legal and political categories of race and caste, debates about the abolition of slavery and national identity, medical scientific research and debates about racial degeneration as a national problem in Latin America, ethnicity and social revolutions, and nativist "indigenista" political movements.