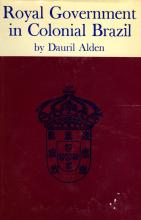 This is the first detailed analysis in the English language of how Portugal governed Brazil when it was her most important colony. Although the book ranges from the sixteenth to the early nineteenth centuries, it focuses particularly on the late eighteenth century, when the controversial Marquis of Pombal dominated the Portuguese government at home and when one of his protégés, the second Marquis of Lavradio, served as the senior officer of the king in the colony.

The Lavradio administration coincided with a period of military and economic crisis in Brazil. The military dimension, the climax of a century-long conflict between Spain and Portugal for control of the debatable lands between the captaincy of Sao Paulo and the Río de la Plata, came as an aftermath of the Seven Years’ War. After Portuguese forces expelled Spanish troops from Rio Grande do Sul, Spain responded by sending the largest naval armament she had ever dispatched to America. That expedition, commanded by one of Spain’s ablest soldiers, Don Pedro de Cevallos, succeeded in capturing two vital Portuguese bastions, Santa Catarina Island and the old smuggling base of Colonia do Sacramento, in spite of advance warnings by secret Portuguese intelligence sources and the elaborate but unrealistic countermeasures devised by Pombal. The ensuing peace settlement produced a permanent division of the disputed territory.

The economic crisis was heightened by the intensification of this conflict, as well as by the colony’s declining production of gold, diamonds, and sugar. The responses of Pombal and Lavradio to the colony’s worsening economic situation—the revamping and modernization of the Portuguese fiscal system, the development of new agricultural and extractive industries, and the tightening of mercantilist controls to combat contraband trade—comprise the content of four of the most important chapters in the book. The author’s examination of Lavradio’s retaliations with various types of civil, ecclesiastical, and military officials provides convincing support for his thesis that in Brazil the viceroy’s authority was far more restricted than has generally been realized. The study concludes with an appraisal of Lavradio and the regime in which he served. Throughout the book Mr. Alden compares Portuguese administrative achievements and shortcomings with those of other imperial regimes in America.

Although the author takes into account the contributions of previous scholars concerning the several themes that are interwoven throughout this study, he has relied especially upon eighteenth-century printed and manuscript materials, the latter drawn from several Brazilian archives, including the personal papers of the Marquis of Lavradio.