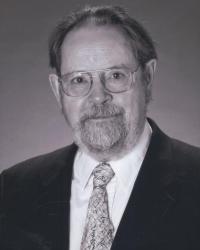 I came to Seattle in mid-September 1959 with a newly-minted Berkeley Ph.D. and an annual salary of $5,000 and four dependents. I was one of three members of the class of '59, the others being Gordon Griffiths (my former instructor in Early Modem European), and Peter Sugar. Our arrival brought the Department up to 16 members. In subsequent years I left the department temporarily to teach at Berkley, Columbia University, and the University of Michigan. Thanks to a series of fellowships, including a Guggenheim, I also lived and conducted research in Brazil Portugal, India, Australia, Italy, and England and lectured there and in Japan and China.

But the Department always remained my home base. My initial responsibilities included developing a series of courses concerning the history of Latin America, colonial to the present, building our library holdings on Latin America (with a stipend of $300. per year, plus whatever I. could wheedle out of Ken Allen, the Assistant Librarian), and teach in sections of the Department's World Civilization course, for which I wa9 manifestly un having never had any work in Ancient, or, Medieval history save for Iberia.

Over the years I taught basic surveys in Latin American history, the history of Brazil, the history of Mexico, and, with Dan Waugh, "Europe Discovers the World" an audio-visual course from beginnings to the end of the 18th century. My graduate courses included a colloquium in comparative American colonial history, the usual field courses from colonial beginnings to modem Latin America, and dissertation seminars, including three successive years of overloads only one of which was compensated. (At one time or another most of my 14 Ph.D.'s were participants.)

I also developed a series of senior topical colloquia (498s). Among others, they included "The Art of Detection"; '"'The Historian as Detective," "Comparative Aspects of the Problem of Poverty in England, the US, Latin America, and Asia," and a two-quarter practical sequence on the writing of history.

For more than two decades I taught my Latin American surveys during evenings. I did sofirst deliberately because I enjoyed teaching mostly older blue-collar students. Somehow, given my ?ú personal background as a onetime street newspaper vendor, sand smuggler, janitor, letter carrier, high school dropout and WW2 sailor I related better to such students than I did to fraternity and sorority youngsters. Each quarter I invited some of my evening students to take individual reading courses (HST 499) with me. Their number varied between one and nine. We met once a week to discuss agreed-upon topics and to evaluate written essays. It was of great satisfaction to see those students participate in the Department's Spring convocation when they received degrees they had been seeking fur years.