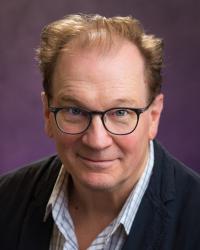 I am a historian of “the long nineteenth century” which opens with the crisis of the European Old Regime in 1789 and concludes with its collapse in World War One. I focus on continental Europe, but my recent research is outward looking, with scholarly specialization in East Africa and Mexico by way of Latin Europe and Austria.

My most recent work concerns African resistance to European expansion. The Battle of Adwa: African Victory in the Age of Empire (Harvard, 2011) aims both to narrate this signal event in global history and to follow the Adwa story as it rolls through African and European diasporic communities. A companion web site BattleOfAdwa.org augments and extends this work.

Earlier work elaborated the political culture of counter-revolution, notably in art, architecture, and ritual. France and the Cult of the Sacred Heart: an Epic Tale for Modern Times (California, 2000) focusses on the basilica of Sacré-Coeur on Montmarte. It situates the basilica within the cold civil war that simmered for over a century after the Revolution of 1789. The Tragic Tale of Claire Ferchaud and the Great War (California, 2005) adopts the biographical form to follow an unusual personality as she navigates the boundary between divine inspiration and hysteria. Le Sacré-Cœur; histoire d'une dévotion du XVIe au XXe siècle (Geste, 2004) developed these themes for a francophone audience.

Industry and Politics in Rural France, 1870-1914 (Cornell, 1994) subverts the conventional story of the making of the European working class by focusing on unconventional members of it.

I am currently working on a global history of the Mexican Second Empire. Additional information can be found  at raymondjonas.org

Europe and the Modern World

This field aims to provide a familiarity with some of the great themes, problems, and events in the history of modern Europe, including but not limited to Europe’s larger global engagements. It offers a foundation for advanced study of a thematic or regional nature, a basis for comparative historical study within Europe and beyond, and preparation for the teaching of entry-level and advanced undergraduate surveys in the field.

Course work for a primary field in Europe and the Modern World includes HSTEU513 and at least two graduate level courses or directed readings under my supervision, along with appropriate language training.

Course work for a field in Europe and the Modern World that is not a primary field includes HSTEU513 and at least one graduate level course or directed reading under my supervision.