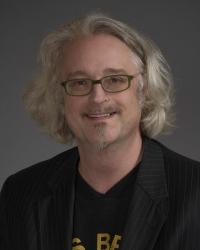 History and Philosophy of Technology and ScienceMedicineScience and Technology

I am an interdisciplinary scholar trained in the history and philosophy of science and technology. I am also a published molecular immunologist who worked in a biomedical laboratory for almost ten years. I teach classes on the cultural and humanistic study of biology and biomedicine, the role of memory in society, the relationship between science and art, the politics of madness, a natural history of love, and changing conceptions of life and the potential of living things. Most of my time is dedicated to teaching and working in the Comparative History of Ideas Program (CHID) but I also help coordinate the University of Washington's Science Studies Network and have an adjunct appointment in Sociology at Carleton University.

My first book, The Emergence of Genetic Rationality: Space, Time, and Information in American Biological Science, 1870-1920 (University of Washington Press, 2008), looked at the technological, economic, cultural, and narrative transformations necessary to make genetic thinking possible. My work is deeply informed by social theory, media theory, and conceptual and intellectual history. I've pursued some of these interests in other large projects, such as two co-edited books on the role of information in refiguring the human body with Robert Mitchell (English, Duke University). The first was titled, Semiotic Flesh: Information and the Human Body (University of Washington Press, 2002), the second, Data Made Flesh: Embodying Information (Routledge, 2003). I've also co-authored the interactive DVD, Biofutures: Owning Body Parts and Information (University of Pennsylvania Press, 2008) with Robert Mitchell (English, Duke University) and Helen J. Burgess (English, University of Maryland Baltimore County). More recently, I've published on what superheroes tell us about embodiment in an industrial society, the role of biofeedback in music, the naturalist and eugenicist David Starr Jordan, and the plant hybridizer Luther Burbank. Finally, Adam Nocek (CHID and Comparative Literature, University of Washington) and I just finished editing a special volume of the journal Inflexions entitled, "Animating Biophilosophy". This issue thinks through the changing relationship between thought and life in the latter part of the twentieth century.

I'm currently working on two book length manuscripts. The first is a project that combines art history,social theory, and the history of science on the ontology of waves in music, biology, art, and media. It is tentatively titled, Waves. The second looks at the role of art and imagination in understanding biological development. The working title for this book is Super-naturalisms: Animating Post-Genomic Biology.

I have served as the co-editor of the distribution list H-SCI-MED-TECH and currently sit on the editorial board of H-SCI-MED-TECH and the journal Inflexions. I also co-edit the university of Washington Press book series, "In Vivo: The Cultural Mediations of Biomedicine" with Robert Mitchell, and have served as the Director for the Comparative History of Ideas Program.