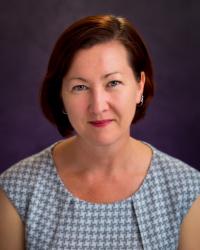 I am a historian of Medieval Europe focusing on the political and cultural history of twelfth-century France and England. My interest in history derives from my desire to understand the world we currently live in, and particularly how contemporary cultural attitudes and political arrangements came into being. I was drawn to medieval history because the period was one of important transformations, and because it was populated with people who are at once familiar to us and yet still profoundly foreign in many of their assumptions, attitudes, and practices. Teaching medieval history allows me to share this fascinating period with my students, and explain how our own world was forged by developments in medieval Europe.

My first book, Writing History for the King: Henry II and the Politics of Vernacular Historiography (Cornell University Press, 2013), examines the politics of vernacular history writing in England. It focuses on two of the earliest vernacular histories produced in Old French: Wace's Roman de Rou (c. 1160-1174) and Benoit de Sainte-Maure's Chronique des ducs de Normandie (c. 1174-1189). While both works are royally commissioned dynastic histories written at Henry II's behest, Wace and Benoit produced two very different versions of Norman history - Wace's version was apparently so inflammatory that he was fired and replaced with Benoit. I argue that Henry commissioned these histories of his Norman ancestors as part of a larger political program to restore royal power after two decades of civil war, that he attempted to marshal the past to enhance his authority and secure the succession of his children, and I explore how the authors entrusted with this project turned their histories into forums for debating royal policies and used history writing to endorse or undermine the king.

Since completing my first book, my research focus has shifted from examining the attempts of the powerful to harness the past for their own ends, to examining monstrosity in medieval Europe. My current book project focuses on how medieval Europeans conceptualized the monstrous and how clerical and secular authorities deployed the rhetoric of monstrosity to dehumanize and demonize non-Christians, non-Europeans, and women.

The Whole U Faculty Friday