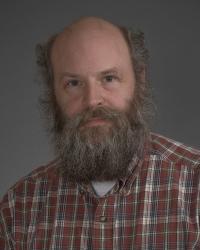 A general field, designed to begin preparation of graduate students aiming to teach undergraduate courses or pursue research in history of science during their careers, and to introduce the general historiographical framework and development of the field. The field can be modified to meet the student's particular interests. This would normally be the second field for students interested in becoming historians of science.

"STS" engages in the variety of new approaches to understanding the sciences which have emerged in the wake of Thomas Kuhn's Structure of Scientific Revolutions (1962). Drawing from diverse academic disciplines, such as philosophy, sociology, and anthropology, scholars in the 1970s and 80s developed powerful and controversial new methods of analyzing science as a social construction or network, and critiqued the role of gender and race in scientific practice, theory, and organization. More recently, cultural and anthropological studies of science have presented new means to interpret science alongside alternative systems of human (and even 'non-human'!) action and belief. Postcolonial studies of science and technology have traced science's interactions with empire, development, and indigenous knowledges. Students taking this field will engage with these diverse approaches of recent STS through reading, writing, and discussions. A knowledge of the tools and concepts of STS has been indispensable for recent history of science, and the field will deepen and broaden participants' perspectives on science.

A general field, designed to begin preparation for graduate students aiming to teach undergraduate courses or pursue research in history of technology during their careers, and to introduce the general historiographical frameworks and development of the field. The field can be modified to meet the student's particular interests; in the past, students interested in environmental and western history have been important members of the seminar.

Introduction to the literature, practices, and current problems in the study of the emergence and development of physics since the beginning of the nineteenth century. Professor Hevly has particular interests in nineteenth-century British and twentieth-century American cases, but other concentrations are possible as well.

This is a more specialized field, which aims to explore the history of terrestrial physics as an alternative to the standard view in history of modern physics which has focused on the reductionist program of atomic and sub-atomic sciences. Topics include various studies since the eighteenth century: terrestrial magnetism and electricity, auroral studies, glaciology and ice caps, ocean sciences, studies of the upper atmosphere. Also considers expeditionary science, and developing connections between science and state.

Science, Technology and the Military

Exploration of the institutional, cultural and conceptual relationships between science, technology and the military components of that state since the early modern period. This field centers on the modern military as a set of self-consciously technologically-conditioned communities, and on science and technology as constrained by the aspirations, commitments and structures of the modern state. Depending on the student's area of interest, the field may also be oriented towards issues of science and gender, cyborgia, space programs, or other issues of interest. Professor Hevly's particular interest is the development of intellectual systems to enlist the Earth into reliably-functioning technological systems.

History of Science and Technology in American Culture