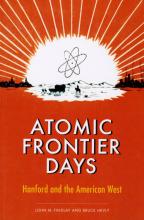 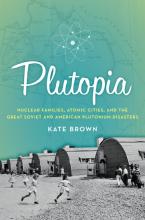 This summer, UW History professors John Findlay and Bruce Hevly shared their expertise with a national audience of K-12 educators as facilitators in workshops on the development of the Hanford Nuclear Reservation in Washington State. Professors Findlay and Hevly are co-authors of the book Atomic Frontier Days: Hanford and the American West (Seattle: University of Washington Press, 2011). In addition to Findlay and Hevly, a third workshop facilitator, Kate Brown, also has ties to the University of Washington Department of History—she is an alumna, having specialized in Russian history. Brown's book Plutopia: Nuclear Families, Atomic Cities, and the Great Soviet and American Plutonium Disasters (Oxford University Press, 2013) compares the towns around Hanford to equivalent towns in the Soviet Union.

The workshops, Atomic West, Atomic World, were part of an initiative of the National Endowment of the Humanities to provide week-long residence-based workshops for a national audience of secondary school teachers. NEH Landmarks of American History and Culture Workshops use historic sites to address central themes and issues in American history, government, literature, art, music, and related subjects in the humanities. The Atomic West, Atomic World workshops, funded by an NEH grant, were sponsored by NorthEast Washington Educational Service District (NEWESD) 101, in collaboration with Washington State University. For this NEH program, which emphasized integrating historical landmarks into K-12 curriculum, the organizers selected Hanford's B Reactor—the first full-scale reactor in world history—as the focus.

The Hanford Nuclear Reservation was part of the Manhattan Project during World War II and was a crucial site in the race to develop the first atomic bomb. The Atomic West, Atomic World website describes the significance of the site as a landmark of American history.

"As a primary site of plutonium production for atomic weapons, Hanford played an instrumental role in ending World War II and beginning the Cold War nuclear arms race that would dominate American foreign policy and politics for decades to come.

Yet, despite the critical role that these far-flung outposts on the atomic frontier played in 20th century U.S. and global history, places like Hanford remain shrouded in secrecy, the legacy of World War II and the Cold War.

In the once remote scrubland desert of Washington near the banks of the Columbia River, a diverse workforce and eminent scientists, including Enrico Fermi and constructed the first large-scale nuclear reactor, manufactured the fissile material for atomic bombs used during World War II, and in the process helped to define the Cold War era."

Workshop participants were taken "deep into the once top secret spaces and remote site to investigate the scientific, social, and environmental history and legacies of the atomic West." The program included a visit to the B Reactor and a trip on the Hanford Reach of the Columbia River. Most of the participants taught high-school history, but the group also included school librarians and several science teachers seeking to make science more accessible to their students by incorporating history.

Professor Findlay relayed that the teachers, many of whom had limited familiarity with the Hanford site prior to registering for the NEH workshops, proved to be "engaged and fun to work with," bringing diverse perspectives to discussions about nuclear energy in U.S. history.