Commemorating the Centennial of the Negro Baseball Leagues 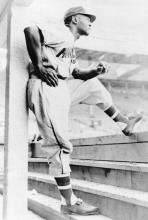 Founded by Andrew “Rube” Foster in 1920, the Negro National League emerged at a time when African Americans were excluded from high-ranking professional baseball due to racial segregation. Negro League baseball thrived in the 1920s and again after the Great Depression, until it eventually folded towards the end of 1950. On December 16, 2020, the MLB retrospectively elevated the Negro Leagues operated from 1920 through 1948 to major-league status.

During the Q&A session, speakers shared thoughts on the 1976 movie The Bingo Long Travelling All-Stars and Motor Kings, and analyzed how the movie had misrepresented important aspects of the history of the Negro Leagues. Finally, panelists discussed the impact of the Covid-19 pandemic on black baseball, and further reflected on what remains to be done to end systemic racism in baseball, and the significance of this work beyond the stadium and off the field.

“My hope is that we can be part of leading the change in America," said Dr. Doswell when talking about the mission of Negro League Baseball Museum, "if sports can help in leading that change, the baseball museum is here for it.”

This panel was sponsored by the UW Department of History, the History Diversity Committee, and BlackPast.org. The BlackPast.org, an online reference center founded by Professor Quintard Taylor, launched a dedicated page for the Negro Baseball Leagues.

The event was recorded and made available to the public on the Department of History YouTube channel.