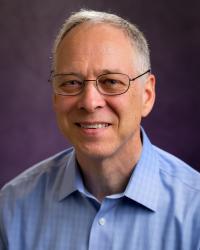 John M. Findlay works on the history of the North American West and Pacific Northwest. He has written especially on social and urban history, with a particular focus on the 20th century. His books include People of Chance: Gambling in American Society from Jamestown to Las Vegas (Oxford University Press, 1986); Magic Lands: Western Cityscapes and American Culture after 1940 (University of California Press, 1992); and Atomic Frontier Days: Hanford and the American West, with Bruce Hevly (University of Washington Press, 2011).

His current book project is a scholarly overview of the American West after Pearl Harbor, tentatively titled "The Mobilized West, 1941-2001." Professor Findlay has written articles and chapters on such topics as Indian reservations in 19th-century California; utopianism in the American West; regional identity and literature in the Pacific Northwest; Euro-American contact with Natives in the Great Basin; world's fairs of Washington state; the nuclear West; the history of the University of Washington; and the historiography of the American West.

Professor Findlay is not taking on new graduate students. That is, he remains available to serve on supervisory committees, but does not intend to chair those committees any longer.

Professor Findlay's specialty is the History of the North American West. Further details will be made available to students individually.