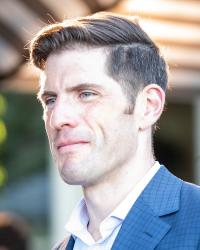 My primary role at the University of Washington is that of Secretary of its governing Board of Regents.

Trained in early modern and medieval European history and legal history at the University of California, Berkeley, I am a historian of institutions and their lives, which is to say, a historian of how past humans created institutions through their behavior and what they thought as they went about this. I am a fox (less a hedgehog), who began by participating in the reclamation of the fifteenth-century background to sixteenth-century political thought in my first book, The First French Reformation: Church Reform and the Origins of the Old Regime (Cambridge, 2014). This study examined what it was that the judges of the Parlement of Paris heard all day as they decided the test cases that outlined the contours of royal authority in sixteenth-century France. My second book, Excommunication for Debt in Late Medieval France: The Business of Salvation (Cambridge, 2016), followed up on puzzling accusations that bishops had made businesses of their dioceses, discovering, on the basis of more than 11,000 excommunications, that excommunication for debt was a demand-driven practice that facilitated the day-to-day, minor, sales credit upon which cash-poor late medieval society functioned.

Current historical work focuses on the Western Christian liturgy, particularly with respect to the announcement of excommunications and the delivery of content in the vernacular, and on the history of property rights, and of rights more generally, in the medieval and early modern learned laws. Future work will continue further in this direction with attention to serfdom and to the ever-fascinating commentaries of medieval and early modern canonists and civilians.

I am deeply interested in (lightly) quantitative methods and how historians can mitigate or expose the violence of data-cleaning in a data-driven society, in historiography and the historiographical detritus of past and present political projects, and in resisting the telescoping of relevant history to the immediate past by teaching the deeper history of global institutions such as the state, law, property, religion, or the economy (while avoiding what has been called 'dark ages determinism').

My research has been generously supported by the Georges Lurcy Foundation, the Robbins Collection in Civil and Religious Law, and the Alexander von Humboldt Foundation.

At the University of California, Berkeley, I taught Early Modern European Intellectual History, Money Supply and Credit in Pre-Modern Europe, the Renaissance and the Reformation, the Old Regime and the French Revolution, and European Law from Bloodfeud to the Torture Memos, among other courses.