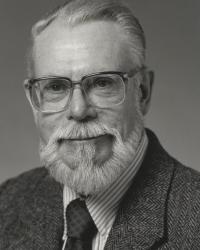 Robert Joseph Charles Butow (born March 19, 1924) is a professor emeritus of history at the University of Washington. Robert Butow was born in San Mateo, California. He attended college at Stanford University, where he was a member of the Army Reserve, and a student of the Japanese language. He received his A.M. in 1948 and Ph.D. in 1953, both from Stanford. Butow was an instructor in history from 1954 to 1959, and an Assistant Professor from 1959 to 1960 at Princeton University in New Jersey. He joined the faculty of the University of Washington as an associate professor in 1960, then became a full professor in 1966 and professor emeritus in 1990. He held a joint appointment with the UW's Jackson School of International Studies.

When his Army Reserve unit was activated, Butow was selected to attend the Army Japanese Language School. He served in the United States Army during the early months of the occupation of Japan in 1945 and 1946, and became interested in Japanese history and culture. Upon his discharge as a second lieutenant, he returned to Stanford. His doctoral thesis on the Japanese surrender (Japan's Decision to Surrender) was subsequently published as his first book. His next book, Tojo and the Coming of the War, was a biography of Hideki Tj, the prime minister of Japan during most of World War II. His third book (The John Doe Associates: Backdoor Diplomacy for Peace, 1941) was about a small group of Americans who, without diplomatic authority, tried to promote peace with Japan before 1941, but only ended up worsening relations between the two nations. Butow worked for many years on a history of Franklin Roosevelt and the war in the Pacific, but was unable to complete the book due to illness.