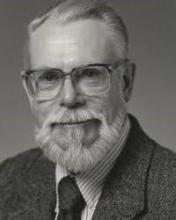 Robert Butow who taught in the UW Jackson School and Department of History for three decades (1960-1990) died at the age of 93 on October 17, 2017.  He was a preeminent historian of US-Japan relations, focusing much of his work on the diplomatic efforts to avoid war in 1941 and to end the war in 1945.   His first book, Japan’s Decision to Surrender (published in 1954) is still universally regarded as “the classic work” on the end of the Asia-Pacific War.  His next book, Tōjō and the Coming of the War (1969) became the standard study of Japan’s wartime leader.  His third book, the result of painstaking research, was The John Doe Associates: Backdoor Diplomacy for Peace, 1941 (1974) which revealed the tangled web of a small group of American citizens who attempted to prevent war but only added confusion to the peace efforts.

In the last decades of his life Professor Butow was at work on a book on Franklin Roosevelt and Japan.  He published important articles on FDR including one that was featured in the national media in 1982 describing what the historian Arthur Schlesinger, Jr. called Butow’s “astonishing discovery” of “the Roosevelt tapes” in the Roosevelt Library in Hyde Park which recorded FDR’s Oval Office conversations on the eve of war in 1940.  This article was a remarkable bit of detective work telling the details of how and why these recordings were made. His book on Roosevelt remained unfinished and his papers and drafts for his book are archived in the Roosevelt Library and in the Special Collections of the UW.

Bob Butow is fondly remembered by all who knew him.  He was a meticulous researcher, a scholar’s scholar, a warm and gentle person, a wonderful human being.