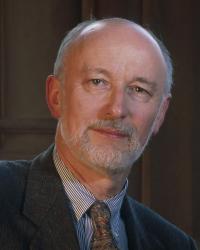 I am a historian of early America and the early modern Atlantic world. After specializing in medieval history as an undergraduate in England, I turned to more modern fields after coming to America and UC Berkeley for graduate work. My first book, Adjustment to Empire: The New England Colonies, 1675-1715 (Rutgers University Press and Leicester University Press, 1981) is a comparative study of the New England colonies as they passed through the period of the Glorious Revolution in England and America, and their different accommodations to a closer relationship with English imperial government and society. A second book, John Nelson, Merchant Adventurer: A Life between Empires (Oxford University Press, 1991) uncovers the adventurous life of a merchant, insurgent, diplomat, and spy as he navigated between the various imperial powers of the late seventeenth-century Atlantic world. I have also published a number of essays in books and journals on such topics as Ancient Greece and Early America, Indian-white relations in colonial New England, the Glorious Revolution in America, the historiography of empire, the American colonies in the early eighteenth century, and the clash of legislatures in the coming of the American Revolution

My current research interests focus on the period of the American Revolution and the processes of comparative states-formation during these years. I have served on the editorial boards of the Journal of American History and The William and Mary Quarterly, and as Director of Graduate Studies and then Chair of the UW History Department. In recent years, I have twice given the Alumni Lecture Series at the University of Washington and received the university's Distinguished Teacher Award.

The field encompasses the history of North America from its beginnings to around 1790. It centers on the 17th and 18th centuries and the emergence of what became the United States, but may be broadened or sharpened to encourage study of such topics as race relations, labor systems, reformed religion, comparative revolutions and state-formation, and the shaping of an early modern Atlantic world--or other such topics as would help students to further their overall research and teaching goals. Students undertaking this field will generally be required to master its main themes, materials, and methodological approaches by completing HSTAA 501, the early American field course offered each fall quarter. They would then further define their particular interests within the field in preparation for the examination through consultation with the supervising faculty and a course of directed readings.

The field centers on the colonialisms of the early modern world, and particularly those that developed in the Americas between the 15th and 19th centuries. It gives particular attention to such issues as the value and methodology of comparative history, the theory and practice of empire, core and periphery interactions, race relations, slave and bound labor, and the development of staple economies and settler societies. Students would be expected to take the relevant courses offered by faculty in the early modern field; and then work with the supervising faculty to define their particular interests in the field and take one or more credit/non-credit courses of directed reading and writing.