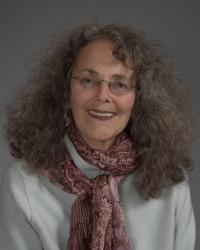 I am a social and intellectual historian of Southeast Asia with particular knowledge of the 19th and 20th century colonial Indies and postcolonial Indonesia and Java. I have spent about six years in Indonesia; my first visit to the islands of Java and Bali was in 1972-1973 before I began my graduate career. At that time I spent almost two years in central Java and Bali studying the connections between the Javanese performing arts and Javanese mystical traditions. I also lived in India for a few years and traveled between India and Greece overland several times.

I have carried out research in central Java, Bali, and Jakarta. My specialty is the oral and written literary traditions of Java and Indonesia in Javanese, Indonesian, and Dutch. I have more recently published on the transnational discourse of psychoanalysis as it spanned the world in the 20th century. My teaching runs from more general courses on the 19th and 20th century histories of Southeast Asia to more specialized courses on the performing arts in Java. I also teach about Indonesian Islam, colonialism, imperial formations, and issues of diversity.

Professor Sears offers fields covering the material and human history of Indonesia from the beginnings to the present. Students focusing on the period before 1800 will emphasize local cultures and early kingdoms through the study of religion, architecture, art, archaeology, economics, ecology, and textual studies (literature, laws, chronicles, and oral traditions). Students working in the modern period will focus on the social, political, cultural and economic changes in Indonesia from 1800 to the present. Emphasizes the growth of staes, imperialism, nationalism, the transformations of modernity, independence and the challenges of gendered, ethnic, and religious identities in the post-colonial world.

The goal of the Historiography field will be to look at the intersection of history and theory through a critical investigation of ideologies, post-modernities, the breakdown of rationalism, and the de-centering effects of postcolonial and feminist theories. How does post-modern critical discourse affect historical studies? What is the fate of history in the postcolonial world? Can one be a feminist, a Marxist, and a post-modernist? (Would one want to be?) By taking an interdisciplinary approach to "culture," theory, and history, this field will blend together a number of different methodologies associated with ethnography, semiotics, Frankfurt school theory, Birmingham school media criticism, feminist theories, Freudian and Lacanian psychoanalysis, postcolonial theories and deconstruction. The emphasis will be on different ways of "seeing" and how these intersect with changing notions of subjectivity. Each student will construct an individual list of required readings for this field specific to his or her research interests.

This field in Comparative Colonialisms approaches the comparative study of colonialism by investigating spatial and temporal constructions of modernity and what is sometimes called post-modernity. The field draws novelists, cultural critics, and scholars of Asia and Europe into comparative historical conversations about "non-western studies". Continuing the dialogues with the social sciences that comparative studies have always entailed, this field integrates literary, historiographical, postcolonial, and psychoanalytic theories into these discussions by questioning the development of nations and identities, and the disciplinary constructions of modernity, ethnicity, gender, and culture.

For the purposes of this field, we will avoid positing a past time of tradition that has been overcome by modernity. Tradition and modernity both come into focus at the same time, and scholars can only recognize tradition in the light of modernity. What becomes known as "culture" comes into focus in the 19th century as colonial empires are consolidated and colonial scholars begin the process of cultural representation that has sometimes been named Orientalism. What we must call culture, for lack of a better term, cannot be separated from the colonial moment and posited as an unchanging part of non-European civilization waiting for Europeans to uncover, interpret, document, or eventually reconstruct it. What social scientists call "tradition" developed within an atmosphere in which 19th century discourses of progress and science were percolating, both contributing and drawing from European, African, and Asian intellectual interactions. This field strives towards a re-envisioning of European and Asian histories by highlighting the mutual exchanges between Asian and European knowledges and mentalities. Each student will construct a different list of required readings for this field specific to his or her research interests.