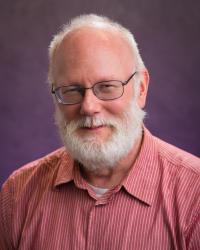 I became interested in the history of East Central Europe in the late 1970s, partly because of my Slovak-Rusyn ethnic background, partly because of my interest in human rights, and partly because of the upheavals in Poland at the time (election of a Polish Pope; emergence of the Solidarity labor movement). I cover the countries of Poland, the Czech Republic, Hungary, and Slovakia in modern times, especially the twentieth century. My research interest is in the intersection of religion, politics, and nationalism within the region, especially during the interwar, wartime, and Communist periods.

My first book, 'At the Price of the Republic': Hlinka's Slovak People's Party, 1929-1938 (University of Pittsburgh Press, 1995) is a study of the Catholic nationalist party that spearheaded the Slovak national movement in the decade before Czechoslovakia was crippled by the Munich Agreement. My second book, After Hitler, Before Stalin: Catholics, Communists, and Democrats in Slovakia, 1945-1948 (University of Pittsburgh Press, 2009) examines the complex relationship between Catholics, Protestants, and Communists in Slovakia during the period preceding the Communist takeover of Czechoslovakia.

My current book project is a study of the visits of Pope John Paul II to his native Poland between 1979 and 1991. Spanning a period of dramatic change in which the Pope was a major player, my study will emphasize how John Paul spoke to his countrymen about their problematic historical and ethnic relationships (with Russians, Germans, Jews, Ukrainians), how he used the events and personalities of Poland's religious, political, and cultural past to shape Polish attitudes in the present, and how he challenged Poland's Communist regime before 1989 and its citizens and voters after 1989 from a Catholic, papal perspective. The book draws from Polish archival sources (state and personal), Catholic and secular media, contemporary Polish scholarship, and above all from the hundreds of homilies and speeches the Pope gave while in Poland.

With respect to teaching, I offer in alternate years either a course on the history of East Central Europe from the Middle Ages to World War One, or one on its history from 1918 to the present. At the lower levels, I teach the history of Modern Europe since 1648, and the History of Christianity. I offer periodic undergraduate seminars on topics such as Pope Pius XII and the Holocaust; the Nazi-Soviet occupation of East Central Europe; Christians in Nazi Germany; and when student demand is sufficient, I offer a graduate field course on East Central European history.

Students choosing East European History as their primary area of study will cover the lands and peoples of the region roughly comprising today's Poland, Hungary, Czech Republic and Slovakia from 1780 to 1989, and the Balkans from 1804. Students are required to take a graduate field course on Modern Eastern Europe, a 400 level survey on the history of Eastern Europe, and at least one quarter of directed readings. Such students must also acquire a reading knowledge of two European languages pertinent to their study, one of them an East European language not including German or Russian.

Students doing East European History as a secondary area of study may choose one of the following:

It may be possible to negotiate additional sub-fields as they suit student needs and interests.