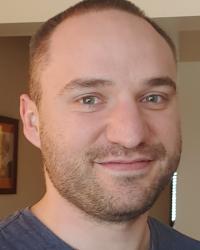 shortda@uw.edu
Office Hours:
I do not currently hold office hours but please contact me by email any time.

I am a PhD candidate in the History Department, and my dissertation explores the history of scientific practice in climate modeling through a comparative study of two major modeling centers in the United States. I have a background in physics, where among other things I wrote and operated numerical models of experimental apparatus. I am building on those quantitative skills with a Graduate Certificate in Climate Science through the UW Program on Climate Change, and I had a summer job working with a climate modeling group here in 2019.

I began my academic career in the sciences, earning a master’s degree in low-energy experimental nuclear physics. I first took a research position in 2008 at the UW Center for Experimental Nuclear Physics and Astrophysics, a lab built around an accelerator that has been in regular operation since 1965. If there is a better playground for a physics undergraduate with a passion for history and philosophy of science, I have yet to find it. The organic amalgamation of old and new technology there, featuring things like desktop PCs cabled to hulking detector electronics with vacuum tube displays, and the tight-knit community continually repurposing old tools for new science were object lessons in the historical and social construction of new empirical results.

By 2015 I had participated in research at national laboratories in three countries (Berkeley National Lab in the US, GSI in Germany, and TRIUMF in Canada) and I had become familiar with the global networks of people and manufacturers supporting them. I was increasingly concerned that those networks might not be sustainable in the face of radical climate change, which could catastrophically transform infrastructure and supply chains around the world. I had come to see all my communities, from the small rural farm town where I grew up to the international physics collaborations where I worked, as parts of a fragile system whose future was profoundly uncertain. The record-breaking North American wildfires of 2016, which forced the evacuation of a city in Alberta and whose smoke reduced visibility around my Vancouver apartment to a few blocks, convinced me that I could do more good working to understand the scientific and societal scale of the climate crisis than I could with a career in nuclear physics.

I am driven now to provide my students, my colleagues, and the public with deeper knowledge about the past so that we might better navigate our present and our future in a warming world. This requires new attention to the historical construction, maintenance, and ongoing operation of climate models. To that end, I am drawing on my multidisciplinary expertise to make a novel archival database scholars can use to generate historical research questions from the vast literature on planetary science (the code for the database is available on github). This tool forms the foundation of my dissertation project, supporting critical analyses of oral histories and laboratory archives and informing my work in the philosophy of science. I am currently working to complete this digital humanities project, to make it widely accessible online, and to begin the second phase of my research exploring the everyday labor that first revealed anthropogenic climate change is a whole-Earth problem.

Bibliograph: A Python package for visualizing and analyzing bibliographic data