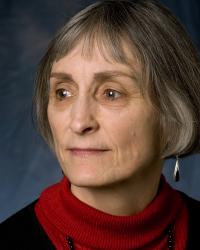 Dr. Alexandra "Sasha" Harmon has been teaching in the American Indian Studies Program since 1995. Dr. Harmon recieved her B.A. from Stanford University in 1966. In 1972 she graduated from Yale Law School and began working as an advisor to Indian tribes in Washington State, which she did for over 15 years. She returned to school in 1988 to pursue graduate studies at the University of Washington. Dr. Harmon received her Ph.D. in History in 1995.

Dr. Harmon's research examines histories of American Indians, with specific attention to their relations with non-Indians, to changing legal cultures, to ethnic, racial, and tribal identities, and to influences of and changes in economic cultures.

Dr. Harmon has published numerous articles on Indian history and Indian treaty history as well as articles on the history of Indians in the Puget Sound Region. In 1998 she published her book, Indians in the Making: Ethnic Relations and Indian Identities around the Puget Sound, which won the 1999 Washington Governor's Writer's Award. Dr. Harmon's most recent book, Rich Indians: Native People and the Problem of Wealth in American History, analyzes several instances in the past when Indians have had substantial wealth and focuses specifically on the consequent public discourses concerning economic culture and morality, power, and Indian identity.