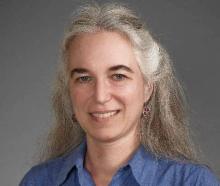 The Department of History mourns the death of Professor Linda Nash (1962-2021), a distinguished scholar and teacher of American environmental history.   She passed away from lymphoma on October 17, 2021.

Linda Nash was born and raised in southern California.  She matriculated at Stanford University where in 1984 she was awarded degrees “with distinction” in History as well as Engineering, a rare and telling combination.  She went to work at a series of jobs addressing environmental concerns for such employers as the U.S. Environmental Protection Agency and the California Water Resources Control Board.  These positions drew mainly upon Linda’s expertise in the STEM fields, yet she remained attracted to the humanities and social sciences.  While enrolled in an M.S. program in Energy and Resources at the University of California, Berkeley from 1987 to 1989, she made time to sneak in to History courses.  Linda eventually decided she wanted to join the corps of scholars shaping the emerging field of environmental history.  In 1993 she was accepted for admission to the Ph.D. program at the University of Washington, Seattle, where she would study under the supervision of Richard White.  UW-Seattle remained her professional home thereafter.

Linda Nash quickly became a legend in the Department of History.  Even as a new graduate student it was clear that she was extraordinarily bright and creative, penetrating in her insights, and a highly effective writer.  She set an unusually high bar.  For example, while still a graduate student Linda had an article accepted for publication in The Journal of American History, one of the most prominent and most selective journals in the profession.  As another example, Linda was appointed to the History faculty in 1999, before she finished and defended her dissertation.  She was plainly the best person for an entry-level position in environmental history of the United States.  The History Department’s confidence in Linda was validated by the publication of her first book, on the history of environment, disease, and knowledge in California’s Central Valley.  That title, Inescapable Ecologies, appeared in 2006 and won three major prizes.  It established Linda as a leading figure among environmental historians.  Her creativity, intellect, and influence were recognized in other ways as well.  She won substantial fellowships from such bodies as the National Endowment for the Humanities and the National Library of Medicine, and received funding as well from the National Park Service.  A 2004 essay won the prize for best article of the year from the American Society of Environmental History.

At the time of her passing Linda was nearing completion of another book, “Americans in Arid Lands: Engineers and the Materials of Modern Empire.”  This project examines how U.S. experience building and operating dams in the Columbia Basin was transferred by American engineers to Helmand Province in Afghanistan.  In both places, Linda demonstrates, the development of dams, irrigation, and hydropower served to advance projects of colonization and nation building.  As it turned out, American-style dams were not really appropriate in Afghanistan.  The manuscript not only builds on Linda’s expertise in environmental history and western American history, but also illustrates her ambition and fearlessness.  Few historians of the United States feel comfortable going beyond the nation’s borders in their scholarship.

A survey of the types of publications and audiences with which Linda engaged helps to illuminate the keys to her success.  Trained as both engineer and historian, she proved enormously effective at reconstructing the “frameworks of knowledge” by which different groups of people understood nature, health and disease, the body, pollution, and so on.  Her research and her analysis crossed numerous scholarly borders.  Linda felt at home with historians of science, technology, and medicine as well as policy historians.  She connected her findings to questions of race, class, empire, and colonization.  Her scholarship was important not only to historians but also to geographers, physicians, environmental activists, people trained in public health, and many others.  Her ability to draw connections, to cross disciplinary boundaries, is one of the things that made Linda Nash such an influential figure in environmental history.  She was especially known for her “think pieces” that assessed where a certain scholarship was headed and offered a corrective critique.  Given her prominence, we should not be surprised that Linda was in constant demand to serve on journal editorial boards and university press committees. Linda’s capacity for speaking to and about the STEM disciplines, as well as for innovating in the humanities and social sciences, made her a great fit at UW-Seattle.

While Professor Nash made a prominent name for herself among environmental scholars around the nation and in other countries, she also became a legend in classrooms at the UW-Seattle.  Her bread-and-butter course on the environmental history of the United States drew strong enrollments every time it was offered.  It carried a History Department number but was also an integral part of the undergraduate experience in UW’s Program of the Environment, a unit to which Linda devoted considerable time.  Again, because Linda Nash was unwaveringly interdisciplinary in her approach, her course on American environmental history appealed to a wide range of students.  In the History department she offered what might be regarded as a companion course on the history of consumers and consumption in the United States.  She also taught a range of courses on environmental history and western American history, and was always in demand to supervise senior theses.  Linda’s expertise and interests made her popular among M.A. and Ph.D. students as well.  She taught a number of graduate courses, directed five doctoral dissertations, and served on many more Ph.D. and M.A. committees.  Linda’s passing leaves a sizeable gap in History’s undergraduate and graduate programs.  There is nobody like her.

The colleagues and students with whom Linda worked describe her as a powerful influence.  She was simply brilliant.  She was also independent and original and fearless.  She cared deeply about injustice.  She set very high standards for her students, and supported them generously as they toiled to meet them.  Colleagues took their problems to Linda because they knew she would provide good advice and because she was discreet.  When something difficult or uncomfortable had to be said, people counted on Linda to say it.  She did not usually seek out leadership positions, but in so many ways she led by example.  She made us all better.

Linda Nash is survived by her husband Jim Hanford, daughter Helen Nash, and son Peter Hanford in Seattle, and by her father Merrill Nash, sister Susan Nash, and brother Brian Nash in California.