The Department of History was thrilled when Professor Emeritus Quintard Taylor, Scott and Dorothy Bullitt Professor of American History, was selected to deliver the University Faculty Lecture for 2019. This prestigious accolade, established in 1976, honors faculty whose research and scholarship have “been widely recognized by their peers and whose achievements have had a substantial impact on their profession, the research or performance of others, and society as a whole.” Taylor is being recognized for his invaluable contributions to the history of African Americans in the Pacific Northwest. 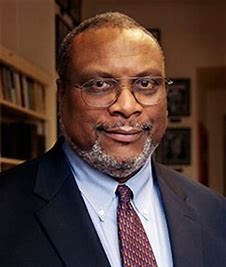 As part of this award, Taylor will give a lecture on April 30, titled “Six African American Women Who Changed the West (and the World).” The lecture draws on the archives of BlackPast.com, an online reference guide for the history of individuals with African ancestry, founded by Taylor. This unique electronic resource gives historians, educators, students, and the general public access to thousands of stories from the African past.

One of the major goals of BlackPast is to develop and expand the narrative of African American history by connecting a global audience with the experiences and accomplishments of countless individuals who are rarely encountered in the dominant record. As Taylor explains, “Despite the prevalence of big names like Martin Luther King or Rosa Parks, African American history remains understudied—I believe that this is especially true in the case of black women. Telling their stories is therefore an important and necessary way in which we can expand our knowledge of the African American past.”

Building on this idea, Taylor’s lecture will focus on six black women whose lives and stories, though little known, had a transformative impact on the history of America—and of the wider world. Taylor profiles Isabel de Olvera, the first known woman of African ancestry to settle in America, who arrived in 1600 adamant that she was a free person—a fact that challenges the existing narrative of African American history, which starts with the arrival of a slave ship in Jamestown some 19 years later. Taylor will also feature Harriet Redmond, an Oregon suffragette, and Nikkita Oliver, a modern-day civic leader who helped found the Seattle Peoples Party and employed a grassroots political campaign during the 2017 Seattle mayoral election.

Taylor is looking forward to presenting these women and their stories to his peers and to the general public, and to using this lecture as both a reflection on and continuation of his efforts to open African American history to a broader audience.

This event is free, and members or the pubic are encouraged to attend. For more information, visit the University of Washington Faculty Lecture Page here.

For an interview with Professor Taylor on the lecture and his nearly 50 years of teaching at the UW, click here.