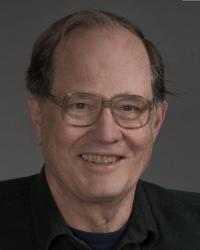 History of ScienceMedicineScience and Technology

I trained originally as a physicist and taught high school physics for four years working summers at the Woods Hole Oceanographic Institution. Then the history of science caught my interest and I returned to graduate school to become a historian. After finishing graduate studies in 1964 I came immediately to the University of Washington and have taught at the UW throughout my teaching career. I retired in 2000 but continued to teach part time until 2005.

My earliest research was on the history of the physical sciences, especially the history of mechanics and the French Enlightenment. I wrote a biography of the French mathematician and philosophe Jean d'Alembert and a textbook entitled Science and the Enlightenment in the Cambridge History of Science Series. Continuing my interest in mechanics I wrote a biography of the Irish astronomer and mathematician, William Rowan Hamilton. Biography has remained an interest of mine and I wrote several articles on the subject, especially ""In Defence of Biography: The Use of Biography in the History of Science." History of Science l7 (l979): l-l6.

From 1982 to 1985 I served as Chairman of the U. S. National Committee on the History and Philosophy of Science at the National Academy of Sciences and have served on numerous committees for the History of Science Society. I have served on the editorial boards of Isis, Eighteenth Century Studies, Osiris, Perspectives on Science, and Historical Studies in the Natural Sciences. I received the Pacific Coast Branch Award from the American Historical Association (1970), The Zeitlin-Verbrugge Prize (1980), the Watson Davis Prize (1987), the George Sarton Medal (1999), The Derek Price/ Rod Webster Prize(2007), Distinguished Lecturer (1998) from the History of Science Society, and the Medaille de la Ville de Paris (1983) from the City of Paris. I have received grants from the Guggenheim Foundation, The National Science Foundation, the Social Sciences Research Council, the National Endowment for the Huanities, the American Philosophical Society and the University of Washington. When I was the only historian of science in the department I taught all areas of the history of science and European History. In the later years I taught early modern science, the Enlightenment and the history of the atomic bomb. .