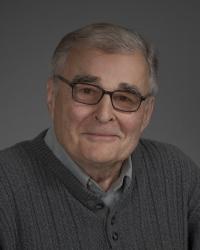 Although I was born and raised in the state of Washington, I did not settle in Seattle until I was sixty years old. An invitation to become the Bullitt Professor drew me here, as did the quality of the department and the university, the beauty of the campus, and the attractiveness of the city and its surroundings.

I prepared for the UW in a variety of places. Born in Spokane in 1928, I was educated in the public schools there and in Gonzaga University. Before continuing my formal education, I served in the United States Navy, mostly on a destroyer that operated at times off the coast of North Korea. Helped by the GI Bill, I pursued graduate study at the University of Wisconsin, studying mainly with Merle Curti, one of the profession's leaders at the time, and receiving a Ph.D. in 1958. By then, I had taught for three years, at Wesleyan University in Connecticut. Moving to the University of Missouri, Columbia, I remained there for fifteen years, including three as chair of the history department, and then divided the next decade and a half between eight years at Indiana University, Bloomington, and seven at Iowa State University before moving to Seattle in 1988.

Two topics have dominated my scholarship: American agricultural history and the presidency of Harry S. Truman. My publications in the first field include two books, Social Scientists and Farm Politics in the Age of Roosevelt (1966, 1982) and Uncle Henry: A Documentary Profile of the First Henry Wallace (1993), and many articles and reviews, some of them focused on the third Henry. As the Henry A. Wallace Professor at Iowa State, I played large roles in the establishment of a doctoral program devoted to agricultural history and rural life and a book series focused on that subject that turned out sixteen books during my tenure as series editor.

I contributed to the development of Truman historiography in several ways. Most obviously, I published five books, beginning with The Truman Period as a Research Field (1967) and ending with Civil Liberties and the Legacy of Harry S. Truman (2013). I also published many Truman articles, essays, and reviews, gave HST space in other books, most notably A History of Missouri 1919-1953 (1986, 2004), and worked with doctoral students who made important contributions to the literature of this field. In addition, I was for many years an active member of the Board of Directors of the Truman Library Institute and the chair of its research committee.