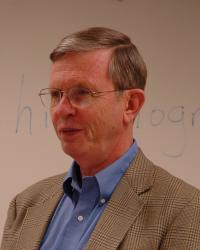 I am an historian of modern Japan with a deep interest in the interaction of Asia and the West. My first book, The New Generation in Meiji Japan, was a study of the first generation of Japanese to receive an education in the new Western-oriented schools and the problems of cultural identity that it caused for young Japanese. This project led me to several studies of the way in which Japanese nationalism and Meiji conservatism were constructed to respond to the influence of Western culture. I became fascinated with the dynamics of historical change which I explored in The Making of Modern Japan and in a long article in the first issue of the Journal of Japanese Studies (of which I was the founding editor) entitled "The Advantages of Followership" which studied the way the Japanese sought to learn from the history of industrialization in the advanced countries and to avoid the struggle between labor and capital that had resulted.

More recently I have worked on the postwar world. In The Japanese Question I argued that Japan had developed a grand strategy, the Yoshida doctrine, to rebuild itself as an economic power. In Japan Rising I argued that modern Japanese history can be understood as a pattern of Japanese responses to the changes in the international environment. I am presently completing a book-length study of the "unnatural intimacy" in the postwar world between American liberal democracy and Japanese conservatism.

I hold a joint appointment with the Henry M. Jackson School of International Studies and served for ten years as its director. I have maintained a strong interest in the way in which history impacts contemporary international relations. For example, I have co-authored studies with former ambassador to Japan Michael Armacost on Japanese attitudes toward the rise of China and on Japanese attitudes toward the unification of Korea. I recently published a long essay entitled "Rising Powers: History and Theory" for a special edition of Strategic Asia devoted to the rise of China and India. I was cofounder of the National Bureau of Asian Research, a nonpartisan think tank with offices in Seattle and Washington, D.C., devoted to an intelligent American foreign policy toward Asia.

I have been honored by the Japanese government with the Order of the Rising Sun and was the recipient of the Japan Foundation's 2008 Special Prize in Japanese Studies.

The History of Modern Japan

The Emergence of Postwar Japan