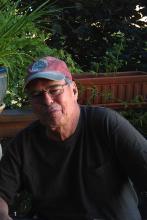 We mourn the passing of Charles Bergquist, distinguished scholar of Latin American history and global labor history, and influential member of the University of Washington faculty since 1989. Charles (who preferred Chuck) Bergquist died peacefully on July 30. He was 78 years old. A world-renowned scholar and inspiring teacher, Chuck was also cofounder of the Harry Bridges Center for Labor Studies and served as chair and director 1994-96.

Born in Michigan in 1942, Chuck earned his BA degree from the University of Washington, took his MA and PhD degrees from Stanford, and began his teaching career at Duke University, where he rose to  the rank of full professor before returning to UW in 1989. Beginning with his first book, Coffee and Conflict in Colombia, 1886-1910 (1978), much of his research focused on Colombia. That book was followed by Labor in Latin America: Comparative Essays on Chile, Argentina, Venezuela, and Colombia (1986) and two volumes co-edited with the Colombian historians Ricardo Peñaranda and Gonzalo Sánchez: Violence in Colombia: The Contemporary Crisis in Historical Perspective (1992) and Violence in Colombia, 1990-2000: Waging War and Negotiating Peace (2001). In recognition of his contributions to the study of Colombian history, Bergquist was named an honorary professor at the National University of Colombia in 1997.

In articles, anthologies, and an important monograph, he also explored the global history of capitalism and labor movements. His 1996 book Labor and the Course of American Democracy: U.S. History in Latin-American Perspective became a must-read for U.S. labor historians.

Nothing gave him greater pride than the creation of the Harry Bridges Center for Labor Studies at the University of Washington in 1992. When Harry Bridges, the famous labor leader and founding president of the International Longshore and Warehouse Union (ILWU), died in 1990, union members honored his memory by raising money for an endowed chair of labor studies. More than 1,000 ILWU veterans contributed to the fund. Chuck then joined with David Olson (Political Science) in helping design the endowed chair and center for labor studies. Initially tapped to be the first Harry Bridges Chair, he deferred the honor when he learned that he had been awarded a Fulbright fellowship to teach for a year at the National University of Colombia. Two years later, Chuck became the second scholar to hold the Harry Bridges Endowed Chair of Labor Studies and during his term initiated the key courses that today anchor the Labor Studies curriculum at UW.

Chuck will long be remembered too for his warm sense of humor and his generosity toward colleagues and students. With his spouse, History emeritus faculty member Hwasook Nam, he endowed a scholarship fund for graduate students studying labor history. And his activism on behalf of working people and his dedication to fighting imperialism and injustice around the world have left indelible impressions on many communities. He fought fiercely for what he believed in, modeling the role of the scholar activist.

Professor James Gregory recalls his determination: “Chuck rarely took no for an answer. With that incredible eye-twinkling smile spreading across his face, he would persist until you came around to his way of thinking.” He remembers Chuck’s warm welcome when Gregory joined the department in 1993. “He pulled me into the Bridges Center, and the next thing I knew I was teaching an annual course on American Labor History.”

The historian Michael Honey, who later served as center director, has similar memories: “Chuck was the first person to introduce me to the Harry Bridges Center. He taught a marvelous summer course bringing in big-time labor scholars from around the country. . . .  Chuck then roped me in to teaching that same course the next summer. When I think of Chuck I think of warm, conversations, sometimes playful, but with his serious sense of solidarity with other people in the world, and I mean the whole world. He had worked as a roofer for a while, and I admired his deep-rooted working-class sensibility.”

Chair of the Department of History Glennys Young also reflects fondly on Chuck’s impact: “Colleagues, friends, and former students--across campus and far beyond--are mourning Chuck's passing. The depth of grief is testimony to the profound effect that Chuck had on so many lives and so many causes. What I will always remember about Chuck is his smile. It seemed to convey deep faith that solidarity and change are possible if we work together. The History Department, the Bridges Center, and the University of Washington are better places because of Chuck's intellect and compassion. His kindness was a blessing to all.”

The Department of History and the Harry Bridges Center plan to honor Professor Bergquist with the planting and dedication of a tree behind Smith Hall on the University of Washington Seattle campus. The date and details have not yet been determined.

Colleagues and friends have shared their memories of Professor Bergquist on the remembrances page.