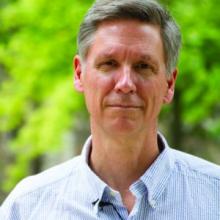 Every quarter, to complement the world-class researchers on faculty, the Department of History brings in leading scholars from around the globe to enrich and invigorate our History community.

Philip Deloria, professor of history at Harvard University, visited a History Department seminar in October to discuss his research and writing with graduate students. Indigenous studies students from across campus joined Professor Joshua Reid’s American Indian History seminar for the day to consider the place of Deloria’s work in the field, and his book Indians In Unexpected Places (University Press of Kansas, 2004) as a model for research and writing.

William Sampson, new to the History graduate program this year, shared that as a Lakota student, he valued the opportunity to discuss with a neighboring Dakota scholar a world where his family grew up before he was born. Students debated the nature of modernity as it relates to Indigenous peoples in the United States, the central theme of Indians in Unexpected Places, before asking Deloria questions about his research and writing.

Sampson considered the greatest benefit of the seminar visit to be learning how to write in Deloria’s narrative style and the reminder that writing is a process in which historians at all phases of their careers are engaged. Deloria surprised his audience by speaking frankly about how Indians in Unexpected Places was not the book he had planned it to be and what it might have looked like if he had possessed six more months to research and write the manuscript. Students valued getting insight into the context in which the author wrote a book that became a hallmark text across Indigenous studies, American studies, and U.S. history.

Alika Bourgette, a History doctoral student, appreciated that the seminar was open to Indigenous studies students at large because dissertating students asked questions he would not have thought about at his point in the program, and “provided a model for not only how to write a dissertation but how to be an Indigenous scholar.”

On Wednesday, October 30, Deloria gave a public lecture to a sold-out audience at Kane Hall on his newest book, Becoming Mary Sully: Toward an American Indian Abstract (University of Washington Press, 2019).