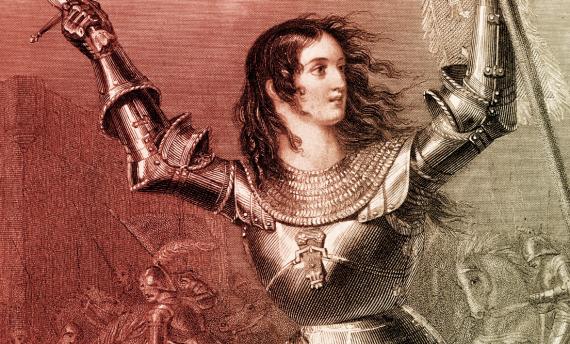 The History Lecture Series is always a highlight of the academic year in the Department of History. We are pleased to announce that tickets for this year's series, Challenging Gender, are now on sale!

Throughout the ages and around the globe, history has been shaped by those who dared to defy. The 2019 History Lecture Series shines a spotlight on those who challenged gender expectations and changed the cultural landscape. This year's theme was inspired by the vitality and strength of movements for women’s rights and empowerment, and groundbreaking discussions of gender identity in today’s culture. Over the course of four weeks distinguished Department of History faculty will take listeners through five hundred years of gender history.

We begin with two talks on powerful women whose lives and actions stretched and challenged the stereotypes and norms associated with their sex. The series begins on January 9th with Professor Charity Urbanksi who will be talking about Joan of Arc and why female saints who dressed as men for practicality and power were celebrated in certain circumstances – and punished in others. Next, on January 16th, Elena Campbell, historian of Imperial Russia, will take on Catherine the Great and explore how sovereignty became gendered during her reign. The following week, on January 23rd, Professor Purnima Dhavan, will give a talk exploring gender identity in Mughal India through an examination of gender switching in the religious and courtly poetry of the Mughal Empire. The series ends on January 30th with Professor William Rorabaugh, who will be talking on women of the 1960’s and how female cultural icons such as Janis Joplin, Angela Davis and Betty Friedan helped shape the decade.

Tickets can be purchased through the UW Alumni Association at www.washington.edu/alumni/history/ or by calling 206-540-0540

More information can also be found on our History Lecture Series Page.

We look forward to seeing packed lecture theaters for what is always a memorable event!