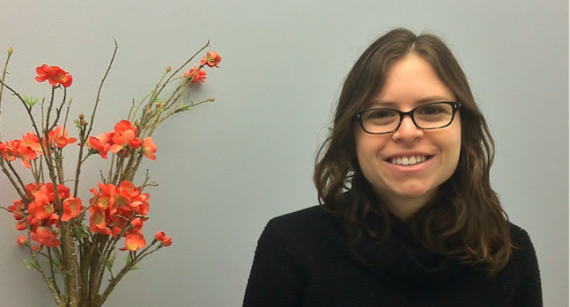 Ask a Seattle resident about the most pressing issue confronting the city and chances are the response will be a lack of affordable housing. Western Washington is growing fast, and the market for both rentals and home sales reflects this reality. Residents, workers, corporations, real estate companies, politicians, nonprofit organizations, environmental activists, and planners are all engaged in a debate over the future of the city and the region. And, so too, is a historian—Kayla Schott-Bresler (MA, 2013).

Schott-Bresler graduated from Occidental College in Los Angeles in 2009 with a double major in diplomacy and world affairs and history. She worked on health and nutrition policy in Eugene, Oregon, for three years, before moving to Seattle in 2012 to begin her studies at the UW. In her course work and research, Schott-Bresler concentrated primarily on the 20th-century United States. Housing policy, in particular, became her focus. In her words, “I wanted to better understand how policy influenced politics. I began to see how the ‘hidden welfare state’ acted as a structural force obscuring the positive role of government in people’s lives.” Building on her interest in housing and tax expenditures, Schott-Bresler completed an impressive master’s thesis that examined the evolution of the federal Low-Income Housing Tax Credit.

After completing her degree, Schott-Bresler began work at the Housing Development Consortium (HDC) of Seattle–King County, a nonprofit affordable housing policy and advocacy organization. At HDC, she worked with city governments and advocates on land-use and funding policies aimed at increasing the supply of affordable housing.

According to Schott-Bresler, “The content knowledge I developed as an undergraduate and graduate student provided a strong foundation for affordable housing advocacy and policy development. By picking a technical and practical topic for my master's thesis, I was able to speak the lingo of the industry, while also having a framework for understanding the broader forces influencing affordable housing policy.”

Schott-Bresler currently works as a public health analyst at Skagit County Public Health, where she manages housing, homelessness, and community development programs. For those looking to learn more about low-income families’ struggles to find safe, healthy, affordable housing, she suggests Matthew Desmond’s Evicted: Poverty and Profit in the American City (2016).