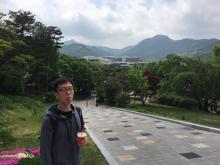 Hello, my name is Jun Sung Lee and I’m a history major finishing my last quarter at UW as an exchange student to Seoul National University. I’ve been in Korea since February 2017 and it’s indeed been the “life-changing experience” so ubiquitously touted by returning study abroaders. There were several reasons for me coming to Korea:

While this post is to serve an informational purpose for prospective candidates to exchange programs in Korea, the following account reflects my experiences at Seoul National University and may not correlate to the proceedings at Yonsei or Korea University, etc.

The semester started on March 2, but the reason I came early was to (1) submit numerous papers for registration (both for school and for dorm) in-person and (2) to spend time with my relatives. I recall that the registration process was quite stressful, especially since there isn’t much info of the process available online. I was staying with relatives before moving in and I had a cousin attending SNU who helped me with registration, moving into my dorm, and showing me around campus. Luckily, I was able to get into Building 906, the newest dorm. Each room comes equipped with a separate shower and bathroom with good access to hot water. I’ve heard from the less fortunate living off campus that hot water is not always baseline. There’s also no public wifi, but the rooms have blazing fast internet via ethernet.

Relatively few classes offered in English, registration for popular classes is extremely competitive, and midterms/finals are nerve-racking. Adding and dropping classes is a clunky experience compared to UW and the quality of classes is unfortunately lacking in comparison as well. I’ve become quite involved with three clubs on campus and have made some really good friends. Foreigners will likely not enjoy their stay in Seoul without getting connected with insiders as quickly as possible. The city is staggeringly huge and quite intimidating especially if one doesn’t speak Korean.

Culture shock hit me unexpectedly hard in the face around the 2-3 week mark. Nightlife in Seoul is intense, especially in Hongdae and Itaewon. Traveling is quite safe and theft is almost unthinkable. In comparison to Seattle, Seoul’s public transit system will spoil you. However, avoid traveling during rush hours where everyone is packed like sardines. Spring is Yellow Dust season — where dust from China wafts over the city and can make breathing difficult — so plan accordingly.

If you’re Korea-bound and want to improve your Korean, commit yourself to groups or clubs primarily made up of Korean-speaking students. Otherwise, you’ll naturally gravitate towards English-speaking enclaves and not get any practice. And life in Seoul can get quite hectic as you rush around meeting people here and there, and I know several students who’ve “lost their way” — failing classes, embroiled in much drama, etc. Thus, I advise you to draft up a few goals before arriving, adjust accordingly upon arrival, and stick to them. They’ll serve as your inner compass in murky circumstances.

You can send questions by email to junsung@uw.edu.