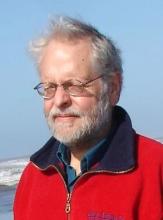 Traditionally many undergraduate majors in history have chosen to go on to law school. The academic skills learned in studying history?research, logical argument, evidence-based analysis and persuasive communication?translate well to careers in law, politics and public administration. For UW alum and longtime lawyer Robin Lindley, however, history has always been more than a powerful intellectual toolkit?it has been a motivating passion at every stage in his life.

Lindley was drawn to explore history during his childhood in Spokane, long before he matriculated at UW. In part, his fascination with the past was compelled by the harrowing World War II experiences of his father. "He was a survivor of brutal hand-to-hand combat in New Guinea," Lindley recalls. "He lost his teeth to a Japanese rifle butt and his hair to malaria, before severe wounds finally ended his combat service. He was awarded a Bronze Star for heroism, but he was haunted by the war for the rest of his life, and died at the age of only 53." In the life arc of his father, young Robin experienced the raw destructive power that could be unleashed by major historical events.

Lindley's interest was likewise piqued by his mother, and the way she connected the family's challenges, past as well as present, to a compelling vision of how social wrongs could be acknowledged and ultimately corrected. "My mother helped our family survive dire financial straits. She kept up a dark humor that sustained us as repo men removed our furniture, television and her wedding ring; as bill collectors called; as we were evicted from our home. But she also found opportunities to tell us of the difficulties of her immigrant parents on arriving in the new land, and of the poverty and dispossession of friends during the Depression and after the war. She read widely, and inspired her children to know their past. Her overriding concerns were economic injustice and inequality?as well as survival."

Finally, as a child coming to understand the world in the wake of World War II, history seemed simply to permeate life, like the static charge in the air before a storm. Lindley recollects: "I could not help but be troubled by unfairness, violence, suffering. Even before grade school, I paged through grim picture histories of religious wars and the Second World War. I remember curling up under the desks with my classmates during A-bomb drills in grade school. I watched the televised films of bombed out European and Asian cities, shivering wounded children, goose-stepping soldiers, sinking ships and drowning men, the crematoria of death camps, weapons that could incinerate the world."

It was at UW that Lindley began to develop a wider perspective and a sense of purpose around his adolescent appreciation of the awesome power of historical forces. "It was quite an experience to take courses from renowned professors like Jon Bridgman and Giovanni Costigan, who always inspired us to want to learn more. They breathed life into history, and their spellbinding lectures captured all the spectacle, folly and absurdity of history." Lindley's teachers also invested their time generously to help him learn the skills he would need professionally?and none more than Dr. Bridgman. "I remember him carefully reviewing my papers, sometimes several drafts, and encouraging me to develop a clear, plain writing style," said Lindley.

Upon receiving his BA in history in 1971, Lindley proceeded on to law school at UW. For Lindley, this represented a continuation of his efforts to come to grips with the political and social forces that had shaped the world around him. Buoyed by a touch of youthful idealism, Lindley saw the law as a way to tame those forces, by using it to help others, and to work toward a more just and peaceful world.

Idealistic, perhaps, but it was an admirable idealism, and one that continued to guide Lindley throughout his legal career. Most of his professional experience would come in public service. In the late 1970s, he moved to Washington, DC, and served as a staff attorney on the investigation of the death of Dr. Martin Luther King, Jr. with the U.S. House of Representatives Select Committee on Assassinations. He says of that period: "This was work that raised a number of challenging investigative and historical questions, and each time I found myself grateful for the lessons in writing and research that came out of my history education at UW." During his time in Washington, DC, he also worked as a staff attorney for an administrative appeals agency that reviewed decisions on issues of worker safety and health.

Lindley moved to Seattle in 1982 with his wife Betsy, and here advised a federal appellate agency on medical-legal issues. After retiring from federal service, he worked in public health as a legal advisor and as a researcher on gun violence and injury prevention. Lindley also served as chair and board member of the World Peace through Law section of the Washington State Bar Association, a group of lawyers interested in international law, human rights, justice and peace.

In the last decade Lindley has come full circle, plunging into a new career as a freelance writer, with a heavy emphasis on history. These days he does most of his writing for the History News Network (hnn.us), a website based in Pioneer Square and founded by journalist and historian Rick Shenkman that provides a historical perspective on current events. Lindley has interviewed dozens of historians, public intellectuals and writers for HNN, including Bill Moyers, Ted Sorensen, Samantha Power, Eric Foner, Adam Hochschild, Richard Rhodes, Taylor Branch, Richard Slotkin, Jill Lepore, Victor Navasky, Tavis Smiley, Chris Matthews, Bob Mankoff, and Siddhartha Mukherjee; as well as UW professors such as Michael Honey, Charles Johnson, Margaret O'Mara, Jordanna Bailkin, John Findlay, and Bruce Hevly. His articles and interviews are available in the HNN archive, and make for a fascinating read.

The way Lindley has channeled his love and knowledge of history into positive action throughout a long and accomplished career is inspiring. And so is his desire to keep on learning. These days, in-between writing assignments, he can often be found attending UW history courses through the Access program. In fact he's taking one right now. "I have to go," Lindley tells me, "it's almost time for Dr. O'Neil's European History course!"